I'm Tatiana, the Dubious Hausfrau and I am so pleased that you found your way to my corner of the interweb.

The Dubious Hausfrau came into being after I burned myself out working non-profit. So I walked away. I had completely lost the work/life balance. My husband suggested I blog the journey and the dubious hausfrau was born. I was super lucky that when we moved and I started blogging our expat adventure that the name of my blog worked perfectly. 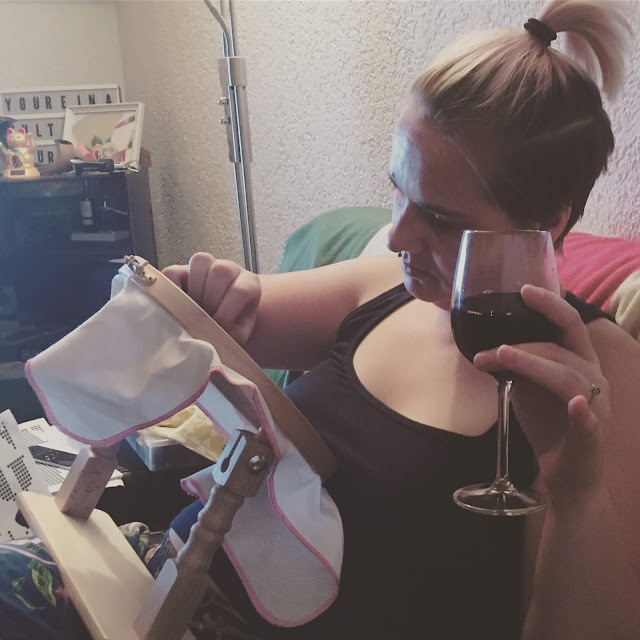 I'm in my 30's. I use to teach Sunday School. Seriously. Most people don't believe me when I tell them this. I'm not sure why. I was a children's party entertainer for three years. Yup. I was. I was Twilight the Birthday party fairy. I totally had an in with the tooth fairy, Tinkerbell and I would chill on the weekends and I had a direct line to Santa and his elves. When I'm not adventuring around Europe with my husband of over 10 years I can be found trying to knit, cross stitch rude words and buying shoes. 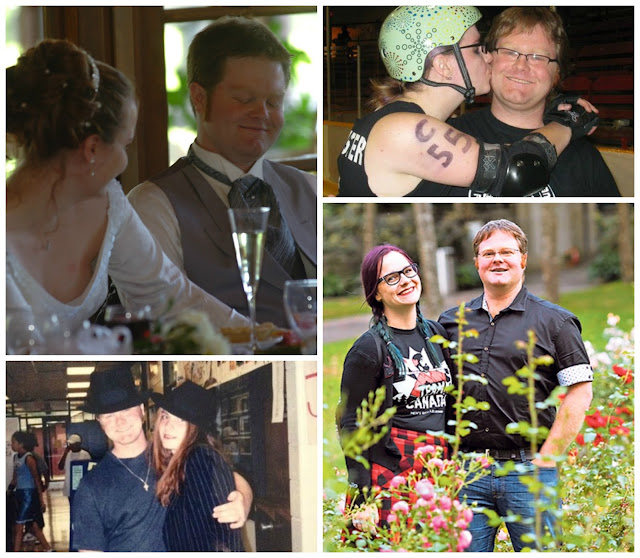 That is Johnathan. He loves his job even though it takes him away from home a lot. He installs and trains people on money transfer software that is designed to be used through a countries postal system. Not only is he a airport lounge expert but he is also a Kansas City Barbecue Society certified barbecue judge (yes this is exactly what it sounds like), the oldest of 5 and from a small town in Manitoba that I had never heard of before I met him. 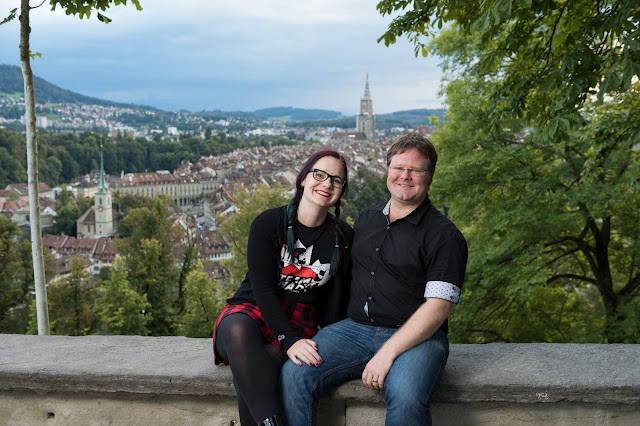 From the moment we realized we were going to be stuck with each other for the rest of forever John and I set in motion a plan to one day live overseas. We figured if we kept putting it out to the Universe and seeing that as our end goal we would one day end up in Europe. In 2008 John applied for a job in Geneva. When he got the in-person interview we told everyone. Then he didn't get the job (at least I got some good chocolate out of it.) So after much damage control we vowed that we would keep our mouths shut next time until things were certain. That second chance came June 30, 2011 when we found out we were moving to Switzerland. We kept very few people in the loop this time. This was very much "need to know" information. We arrived here with two suitcases each and backpack each. Oh and my derby gear. We rebuilt our life with the contents of those suitcases and many trips to Ikea.