Have yourself a merry little expat Christmas 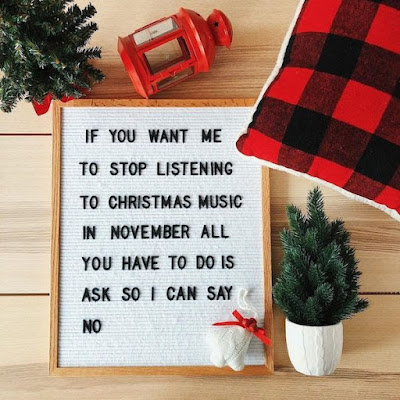 When I was 11 we were living in Newfoundland as a family. It was the mid 90's so there WAS the internet but no one really had email. Skype was decades away. Long distance phone calls were expensive and there was quite the time difference between us and our extended family. It was the first time my immediate family was without at least one side of my extended family. Christmas the year before we were getting ready to move to Newfoundland (or as we referred to is, the ends of the earth!) We left Alberta on boxing day. I watched my parents try to figure out how to make it feel like Christmas even though there was nothing really that were the trappings of our traditional Christmas. This was the year my family created new traditions that were just for us. This was the year my parents tried to make sure we didn't feel so far away from everyone, when I think, I'm just guessing, they were also feeling really far away from everyone.

However, that Christmas gave my parents the freedom to create whatever Christmas they wanted to us as a family.

Every Christmas since moving to Switzerland I have taken a moment to remember that Newfoundland Christmas. That Christmas had a huge impact on me because it taught me the importance of making the best of whatever situation you find yourself in. It was quiet. It was just us. We didn't stick to much of a schedule (unless you count my mother meal planning spreadsheet...you always stick to that spreadsheet.)

Moving to Switzerland has given me that Newfoundland Christmas back.

Before moving overseas I always found the holiday season a little fraught. We were always pulled in a lot of different directions by a lot of people who thought they knew best how we should be spending the festive season. And try as we might to do our own thing we were still driving all over gods half acre to make a lot of people happy when we were tired, exhausted and just praying for January so it would all be over. Yes we had a great time with our families but I think we can all agree Christmas is not as relaxed as we would like to be sometimes.

Now, don't get me wrong, Christmas overseas still has its issues too. You have mail by dates to adhere to. Skype dates to arrange. Living in fear of opening a gift by accident because you don't know if the amazon box is something you ordered or something someone else ordered. Hearing "I'll be home for Christmas" still makes me cry a little in stores and watching your family be together without you through a tablet screen can actually be a bit soul crushing. But you get through because the good of an expat Christmas far out ways the not so good.

To us an expat Christmas means freedom. We can do whatever. We can create our own traditions without worrying about stomping all over another  tradition. We can be at home, we can be away. Doesn't matter, there's just two of us to worry about. No having to worry about whose family gets Christmas with us and whose family doesn't. It's just the two of us making Christmas be whatever strikes our fancy. One year we decided we were going to be in Berlin just the two of us for two weeks. One year we joined my parents in Berlin. Another year my parents joined us here. Last year we spent time in Munich for New Years because why not. This year we're off to Vienna and Budapest. Our first year we spent all day in our jimjams and watched Harry Potter. I also made a giant waffle that year...or least tried to. It didn't go well. We refer to it as "the Christmas waffle that wasn't." Some years I go all out and send photo Christmas cards with our dorky faces on them that you can hang on your tree. Some years I don't even entertain the idea of Christmas cards. This year I'm using Paperless Post for Christmas cards because it's way easier and people will still get something with out dorky faces on them but I don't need to go to the post office!

So here we are, another expat Christmas approaching fast (seriously, where did November go?) and all I have to worry about it some online shopping, packing my bag for Budapest and Vienna and arranging to skype with family. No spreadsheet, no timetable, not worrying about people feeling like they didn't get enough time with us. Just me, my husband and an adventure awaits.