Things not to say to an expat 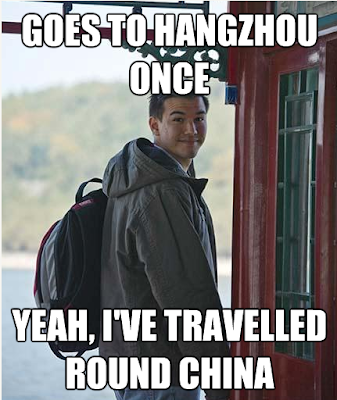 People say the strangest things to expats. A lot of it is well meaning and coming from a place of caring. But a lot of times people just say things without thinking of how it sounds in the ears of an expat. I've been told I should have a baby so I have something to do in Europe (yeah...wrap your head around that...). Johnathan has been told if he's not fluent in a certain time period he's not trying hard enough (do you have any idea how hard it is to learn German.) We've been told living overseas is a phase and we'll come home when we get sick of it. People are weird. But there are a few things that 7+ years on I'm am truly tired of hearing.

"We'll totally come and visit you!"

No you won't. I know this. You know this. We all know this. If everyone who said they would visit actually visited our guest room would be permanently occupied. Let's be honest, traveling to Europe is expensive. You probably didn't actually know us well enough that you would feel comfortable staying in our guest room. Telling us you'll visit gives us false hope. I've pretty much giving up on hoping people other than my parents and bestie will visit. And that's not be being all "woe is me" or a thinly veiled attempt to get people to commit to visiting. It's just how it is and we're okay with that so when people DO visit we are over the moon.

Consistently it's people that have never done this that have said this to us. Why would anyone would think not plugging into a community that totally gets what you're dealing with is a bad thing? Also I get the feeling the people who say that also don't realize how a lot of locals are suspicious of foreigners regardless of the country you're from. To be honest other expats are the purveyors of knowledge that locals wouldn't think to tell you. There are a lot of things here in Switzerland that the Swiss just know and wouldn't think to tell a newcomer because to them it's a no brainer. Of course everyone knows you need to go to the counter with the lotto tickets and smokes to buy their garbage bags. Nope. I had to learn that from another expat, I also had to learn what to ask for. I learned about delivery discounts from IKEA if you take the train from a fellow expat. Conversely when I found a place to buy proper brown sugar I made sure to tell the other expats I knew. Making friends with fellow expats is a survival tactic in a lot of ways.

STOP SAYING THIS! It's up to us whether we are going to worry or not. Withholding information because we're far away and you don't want us to worry is  pretty crappy. We will decide what to do wit the information once we have. It is not up to you to decide what we need to know based on the level of worry it MIGHT cause. If I want to worry, that's my choice.

"When are you visiting next?"

We never know how to answer this because coming home for us is incredibly complicated and to avoid disappointment and a lot of non-committal answers just don't ask. Trust me if we're coming home for a visit you'll know (unless it's meant to be a surprise.)

"Why don't you just come back to Canada and settle down. You can't do this forever."

Watch us! We've settled down, it's just not in Canada. This is the longest I've ever lived anywhere. And this is the longest we've lived anywhere as a couple. We've created a life here and we're super proud of it so I don't understand this thought process that we're some how not settled because we're not in the country we were born in. Sure we don't own a house but there's a lot more to being a settled and functional adult than having a mortgage.

"You live in Switzerland, why on earth do you want a Coffee Crisp?"

Because I like my coffee, crisp! Now hand it over.