So I did a thing: Zurich Film Festival edition 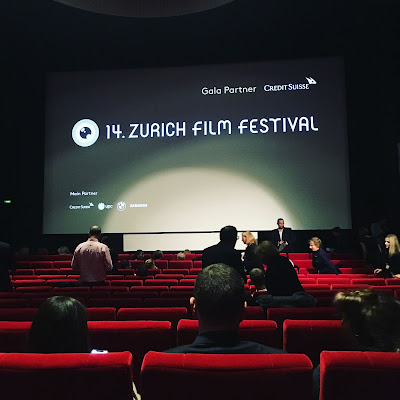 So the Zurich Film Festival, yes I went for an evening and it was like nothing else I've ever done. Why was I there? Nespresso invited me. They were launching a new coffee system, the Vertuo, and they asked me to come along to the product launch event that included a film premiere. I couldn't RSVP yes fast enough.

I love coffee, I love films, I love an excuse to feel fancy and work on not being awkward in a room full of strangers (I may have been telling myself the whole time, don't tell anyone anything about serial killers, this is not the time.) So I pulled on my best spanx, a dress with coffee cups on it and office to Zurich Johnathan and I went.

So what is a Nespresso Vertuo? Basically it's their new one touch coffee system that makes larger cups of coffee. As a Canada I love my big cups of coffee and that was often my struggle with other coffee machines here they didn't make big cups of coffee so Johnathan and I generally use a french press. Each Vertuo machine uses barcode recognition and a patented extraction system to create your favourite coffee. Also it's super quiet thanks to the centrifusion™ technology. Johnathan has a nespresso at work in his office and lets just say you KNOW when he makes a cup of coffee. It's loud. In the demo we got when Johnathan got a cup of coffee we didn't think it was on because it was so quiet. 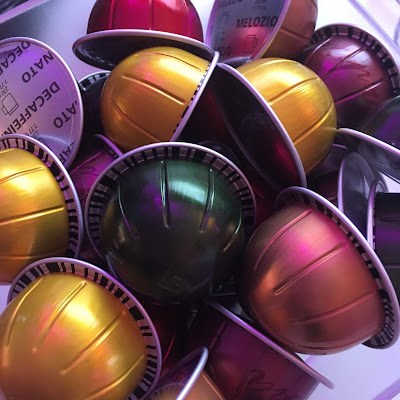 I know what you're thinking, Tatiana please stop talking about coffee. Please tell us about the film premiere!

That was pretty cool. We did get to walk on the Zurich Film Festivals famous green carpet. Please note I said we walk on, not walked the. There's a difference but it's still pretty awesome. We say Red Joan which a film based on the true story of Melita Norwood a British civil servant and KGB intelligence source who, for a period of about 40 years following her recruitment in 1937, supplied the KGB (and its predecessor agencies) with state secrets from her job at the British Non-Ferrous Metals Research Association. It was a very interesting film and a part of British history I was completely unaware of. 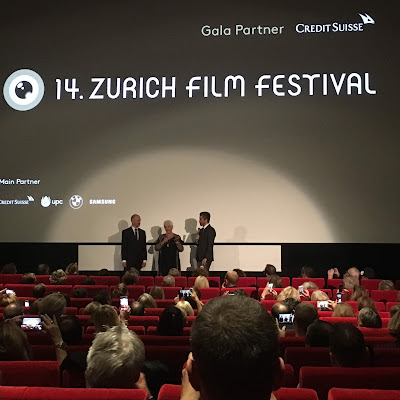 Yeah...if you had told me 8 years ago when I started this blog it would one day lead me to being invited to film festivals for VIP product launches that lead to being in the same room as a Dame I would have laughed at you. Hard. But there I was, oooing and ahhhing over a very cool new coffee system and watching a great film introduced by someone who is an absolute legend.