A year without derby 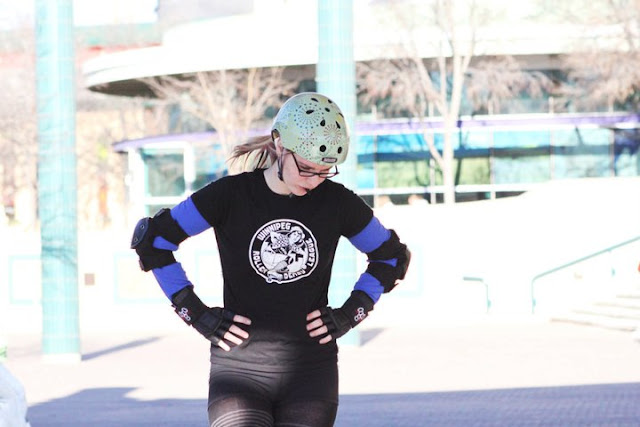 I joined roller derby because I was lost. I didn't have anything that was just mine. I didn't have anything that connected with me and that made me super proud of myself. I in my mid 20's and wanted more out of life and I wanted a challenge. I needed a challenge. Roller derby found me when I needed it most. It broke me down in some of the most amazing and humbling ways but in turn it built me back up in to a much better person. Derby made me a better wife, a better friend (despite all the times I couldn't do things because of derby), a better employee, a better daughter and a better advocate for myself. Roller derby drew a line through my life, I was consistently caught between giving up completely and seeing how much more I could take.

Turns out I can take a lot.

I retired a year ago.

8.5 years of derby came to an end one night last September during my teams Annual General Meeting. I was surrounded by my beloved team mates. My long suffering derby widow/husband and I officially stepped down from our board of directors. I officially stepped down as head coach and social media manager. It was officially entered into the meeting minutes that I was retiring and I was always welcome to come back.

My team presented me with a book. A book of my derby career. They had photos in there from before I even came to Switzerland and had filled the inside covers with words of love and light. They wanted amazing things for my post derby life. Sometimes when I miss being my team I read their words and remember how lucky I am to know these people and call them my friends.

Side bar: The bonebreakers truly saved my expat butt. They gave us a family here and people we could call on when we needed something. I will always always always be grateful for them and how they helped us navigate life in Switzerland.

I get asked a lot, "why did you retire?"

After spending a year trying to figure out who I was outside of being Jam Buster, I can honestly say I left because of the above reasons and because I found that I was lost again. I needed something else. I had accomplished so much in my time as a player and a coach. So much more than this freshmeat who couldn't use her toe stops let alone walk on them would ever thought possible.

A year later, I'm still at peace with my decision. I have removed myself from the sport quite a bit. I cleaned out my FB and now only like the team pages I care about. I removed a lot of people who were part of the community. Most of them were players I had maybe met only once or twice at a game or a bootcamp. I wish them no ill will I just needed space from the sport. I removed myself from all the local derby stuff. I just went cold turkey. I have never gone back to visit my team on a practice night (though I want to sometimes but the former coach part of me is all "that's disruptive done do that!") Instead I see my derby friends out in the real world where no one is wearing gear and we talk about other things (okay sometimes we still talk about derby because the first rule of derby is you always talk about derby.) But I get to interact with people as me and not as the coach or the player or the social media manager or the board member. I just see them as me, their former team mate.

Now this isn't to say I have erased derby from my life. I still follow tournament season. I still read about what is going on in the sport that I love. I am totally rabid fan of my goddaughters junior team. But I'm doing all of this at arms length. I'm choosing how to interact with roller derby rather than being immersed in it.

As the year went on I missed derby less and less.

Just sometimes, after a rough day I do miss being able to apologetically knock someone on their ass. 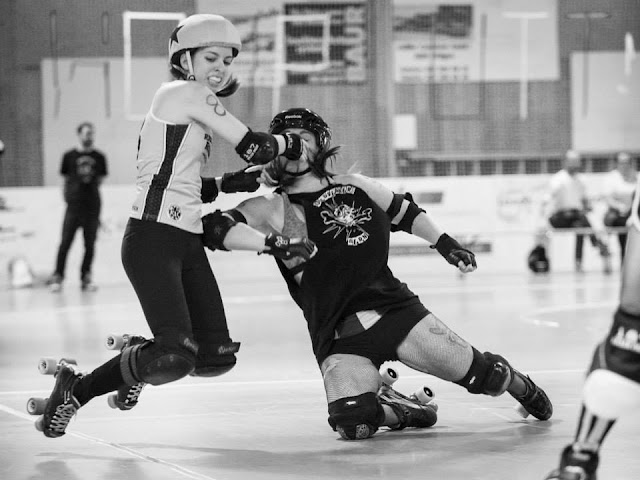