The time I hated blogging

I've been blogging 15 years. First at Xanga (anyone remember that place?) and then at a different blogger account and eventually ending up here 7 years ago. I know things have been quiet around here over the last year but I will always enjoy blogging and will always love my little corner of the internet.

I like "hearing myself talk" and I like knowing there are people who find my little corner of the internet and find something I have put out into the world resonates with them. Over the last 15 years I have only fallen out of love with blogging once.

One time, for a moment, where I HATED blogging.

I learned a long time ago after getting snow drifts of hate mail at my university newspaper that if you're going to put yourself out there in the world you have to develop a thick skin because a whole bunch of uncalled for (or sometimes called for...I was intentionally controversial sometimes) ugly could come your way and you just had to roll with it. Haters gonna hate.

I've been fortunate enough in this little space I've had nothing but rainbows and sunshine. Seriously, I've never had to deal with haters, trolls or people just being jerks. Let's be honest though, a blog about an expat trailing spouse doesn't garner THAT much attention on the interweb.

I backsearched your image to your blog and thought you might want to know someone used your image for a not so nice Craigslist ad in the free section.

I clicked the link she provided.

I almost threw up.

I yelled for John in a way that he said he had never heard before.

Then I shut down.

Someone took this picture from the early days of my blog. 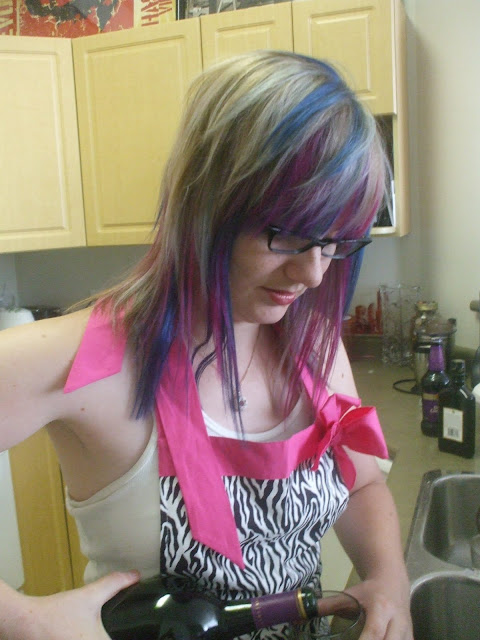 And stated I was free and wanted to be raped.

I'll let you mull that over.

A stranger stole my picture, put it on craigslist and said I wanted to be raped.

And I spent 2 years not telling anyone that happened.

I have spent 2 years not talking about it. The only person who knows this happened is my husband, the woman who emailed me, the person at Craigslist who took it down and the person who did it in the first place.

I just curled up on the couch and felt violated. I always understood the risks of the internet and putting yourself out there on the internet. I just couldn't wrap my brain around the fact that someone just thought this was something they could just do. I remember crying at Johnathan asking What did I do wrong? Why would someone do that? Why me? Why that picture?

His answers, nothing and people suck.

I hated blogging for a moment. I hated that my little corner of the internet was violated and that I was violated. The picture disappeared immediately from my blog. I made it go away. Maybe taking down the picture would make it hurt less.

I never talked about it because it was something I never processes. I tried for days to blog about it but I just couldn't. I was too ashamed. Too upset. Too freaked out. It was something I didn't think people would see as a violation. I was so worried about having to talk about it and people not understanding or validating my feelings that I opted to shut up.

The only thing I did wrong in this situation was shut up.

So I'm telling you. I owe it to her and myself.