Dreams of the everyday trailing spouse* 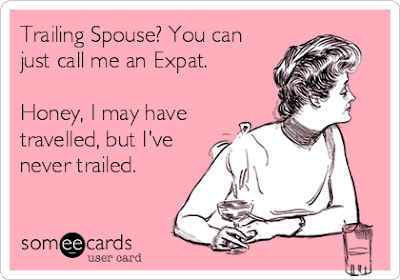 Trailing spouse has been defined in a lot of really interesting ways. All the definitions I've read are really academic sounding and have proper citations and footnotes. But I'm going to tell you MY definition of a trailing spouse,

The person who gives up everything to head off on an adventure with the person they love so that person can do something really cool and rewarding while the other one tries to figure out how they will survive in their new surroundings.

I gave up my career, the after degree program I have just been accepted in to, my derby team, my friends, family, my beloved hairdresser, favourite coffee roaster and the ability to eat poutine when ever I wanted to come here.

The biggest thorn in my side about this whole move for a long time was the relinquishing of my career. I've always been career driven. I entered non-profit and knew that's where I wanted to be. There was something very cool about knowing what you were doing was changing my small corner of the world. I worked for small non-profits, I've worked for grassroots non-profits, I've worked for a hospital foundation. I made wishes come true. I've helped bereaved parents. I've taught the elderly how to use computers and worked in a women's resource center. I've asked people for large sums of money for hospital upgrades. I've done Galas, Auctions, car shows, golf tournaments (so many golf tournaments), karaoke nights and Old Timer's Hockey games. I've had more luncheon eggplant Parmesan than I care to think about. I loved the non-profit world.

Now though, as we slowly creep up on 6 years of expat living I realize I am at the point where I've been out of non-profit longer than I was actually in the non-profit world.

That's kind of a shocking revelation.

I've been thinking about that a lot recently and when ever I feel a little lost in my expat journey I ground myself by watching Julie and Julia.

I've always thought of Julia Child as the patron saint of trailing spouses. She had a career in the states (she was a spy! How cool is that!?!?!?!) Then she moved to Paris with Paul when he was stationed there. She spent all of her time in Europe following her husband to various postings. But it was in Paris she took the opportunity to change career paths. She started to learn how to cook.

So I sat there during my eleventeenth millionth viewing of this film wonder, "what would Julia do?"...other than make something with copious amounts of butter.

She learned something new. She went to Le Cordon Bleu and eventually changed how people cook and changed cooking for TV.

As my bestie and I would say, "she went out and did the thing."

I'm going to go out and doing the thing.

No, I'm not going to culinary school.

(Actually I AM going to a class at Le Cordon Bleu in May while I'm in London to learn ALL the sauces but that's just because I'm a food nerd.)

What I'm actually doing is changing career paths. Because I can.

In 2016 I started to learn how to code. Then John put a bug in my ear about perhaps working on video games might be right up my ally. I can write, but if I learned some code that might be a cool direction to go. I never realized that was a thing one could do. The more I learned about writing for video games the more I liked the idea. But I also know it's not just something you start doing. I can't approach it like I did non-profit. I can't just end up there because I think it would nice to have a warm fuzzy job.

To get there I need to learn ALL the things.

Right now I'm working through a backend developer class. Then I'll move on to a Wordpress developer class because that's something I've always wanted to learn. I'm also starting a Project Manager certification. This will hopefully help me fill in the gaps I have because I don't have comp sci degree. Someone who can manage a project but if need be can jump in and code is not a bad person to have around.

And for funsies eventually I want to learn about information security aka ethical hacking (when I said that to Johnathan his face lit up. I think he fell in love with me all over again.)

"Tatiana, what about being a writer?!"

Oh I will be a writer, but as I write and edit and throw things out and start again I'll need something to help keep a roof over our heads.

"But Tatiana what about your typing pool job!?!?!"

I'm not going anywhere. I really enjoy my job in the typing pool. But the cool thing about my job is that it leaves a lot of open time to do other things. I work part time. So while I'll still be putting in things into Arial 10 and line spacing in at least 12 with the coolest team of people I've ever met (seriously, my team is awesome!!!) I'll be plugging away trying to do the thing. 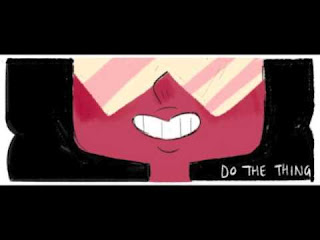 *Yes I shameless stole the idea for the title of this blog post from a Glenn Campbell song.