Things I've learned from being an armchair mixologist 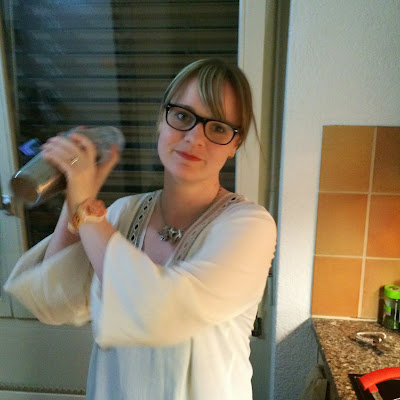 It started with a bottle of homemade orange bitters. Which by the way while totally awesome, not a project for people with little to no patience. Same goes with making your own beer...or their own gin.

My liquor cabinet use to runneth over but we've got that under control finally (yay 12 bottle bar), my boston shaker is constantly in three stages in use, just been used or about to be used. I'm actually on my second glass for my original Boston shaker because John broke the original one. Sad day at Hamkentin Manor. For Christmas John actually got me a big box of bartending stuff. More shaker tins and glasses. Some flair bottles, a flair opener and some very cool freezy martini glasses (see what I did there?) My bitters collection has expanded beyond angostura and I've also learned a metric crap tonne of stuff. Some good, some confusing and some just generally mind blowing (did you know lemon "cooks" the egg white in a whiskey sour?!!) And our livers will never be the same. Here is just a fraction of some stuff I've learned.

Adding fractions in my head


I have a rough history when it comes to math. Like really rough. Math and I have always had issues. I often joke that's why I married John...for his math degree. I have a vague memory of actually crying over adding, subtracting and multiplying fractions. Most drink recipes are for 1 serving. Well there are two people living in this apparent so most of the time drinks need to be doubled....or tripled...depending what kind of day we've had a work. I'm pretty impressed with myself with how quickly I'm able to double and triple 3/4 ounces...admittedly my math skills stand between me and a Manhattan so motivation is a wonderful thing.


I like science as much as the next person. No really. I always preferred science over math. However, in high school I took the absolute minimum sciences classes (exactly 1, grade 10 science) to graduate. I'm going to be honest I don't remember much of it other than the fact I didn't like the teacher and he always pronounced my name wrong. But cocktail making at its core is basic chemistry. Add melted sugar to absinthe and you get cloudy green. Why? As the sugar water gets into the absinthe, terpenes (chains of isopropene) start precipitating aka gets cloudy. Isn't science cool? I also learned about stabilization very early on. I use egg whites in my whiskey sours. Yes, you read that correctly, I use raw egg in some of my cocktails. No the citrus doesn't "cook" it. And no the alcohol doesn't sterilize it (you would need a 120 proof cocktail for that) but what DOES happen is that the citrus, like the lemon juice in a whiskey sour, stabilizes the egg white. Acids help to stabilize egg-white foams much like cream of tartar does. Cool huh?


With the flair bottles that John got me for Christmas came a realization that I needed to learn how to juggle. After watching about 23745584589045 Flair bartending videos on youtube I noticed that juggling is a key skill. John knows how to juggle which makes him endlessly entertaining to our godchildren and nieces. But him teaching me how to juggle is pretty much the worst idea since crystal Pepsi. So I've been teaching myself. You can learn pretty much anything online so I'm learning how to juggle. At the moment it's just rolled up socks but I'm really hoping to graduate to my flair bottles. 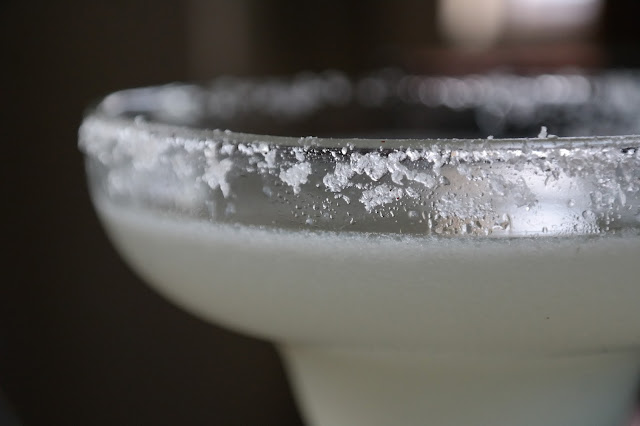 I can be a cocktail douche


But in my defense I do keep in check. Last weekend John and I were in a restaurant that advertised a whiskey sour with egg white AND a dirty gin martini. I thought this was just fabulous. I nattered about this to some friends at work. They tried to care so much but they just couldn't understand why this was such a big deal. Bless their cotton socks. You don't find that in a lot of places here. Hell, ordering a martini in Europe can sometimes get you a glass of vermouth. I'm pretty judgey these days of how my cocktails are made. I would never say anything to a bartender unless it was completely wrong or they've shaken my martini when I asked for it stirred (yes you can tell.) I actually have opinions on booze now which I never had. I will never make anything more than a gin and tonic if I'm using Aviation gin. I will always put a splash of bitters and some lime in my rum and coke. I refuse to by pre-made mixes and think grenadine has no place in a hurricane and that margaritas are best served shaken not frozen. I talk fondly about the martini I had the American Bar at the Savoy and plan trips to include historic bars. I do keep my mouth shut when around friends though because with cocktails people like what they like and all I can do is suggest, "maybe try it this way." But so help you if you try and tell me you can't taste the difference between a gin martini and a vodka martini.

If you want to follow along with my cocktail shenanigans you can follow them on my new instagram account The Dubious Hausfrau drinks. Hopefully someday soon there will be a bottle juggling video but until then it will be pretty picture of recipes and quicky sippy saturday videos. YES Sippy Saturday is coming back!!! 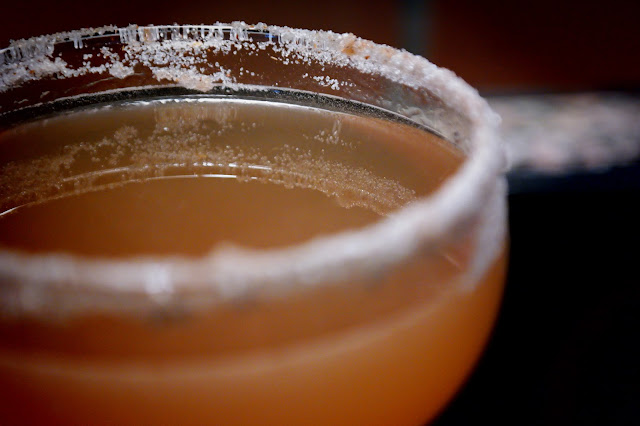