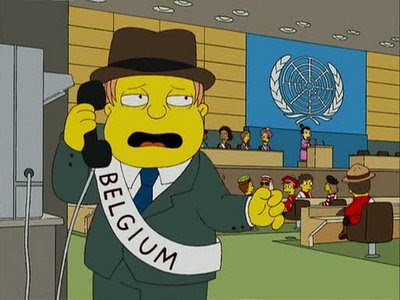 Yes I used the ERMAHGERD translator for the title.

For a while now I've been trying to write this post. I've tried several different angles and none of them seem to fit. I couldn't get past the first few sentences. There was one I tried where I commented that John might be one of the most famous person to come out of his home town (after the guy who invented the paint roller...is often listed as a Torontonian and Marty Murray...who isn't actually from his home town but played hockey there...) I tried the angle of not knowing this was even a possibility as a job when I was in high school. I'm pretty sure "working for the United Nations" never came up in any career counselling when I was in high school (yet circus performer did...hmmm.) I also found myself thinking about how other people react to us when they find out where we work or who we work for. I'm not talking about our friends or when the Swiss in general. They don't really care. I'm talking about other people. Like the girl in the shoe store I chatted with when I was in London or  the border guard when we crossed last December after an afternoon in Minot. It all seemed like a nice idea but it didn't have much traction for a whole blog post.

Then recently I was complaining at John about something someone we know said to me on Facebook. When I announced we got the thumbs up from Elections Canada that we got our exemption from the 5 year voting ban someone said, "Did you just yell diplomatic immunity at them?" John and I both rolled our eyes. Hard. We hate that. We really really hate that. Then John said that's a blog post right there, things people believe about our jobs.

He's a clever one. I shall keep him.

Mistaken belief #1: That we work for the UN

Okay, I'll be the first to admit this is all semantics. Where we work pre-dates the United Nations. We're the second oldest international org in the world. So when the UN was formed they had to figure out what to do with the Universal Postal Union. We are officially a specialized agency of the United Nations. Specialized agencies are autonomous and with with the UN but they aren't always created BY the UN however we are incorporated into the UN system. So really it's more correct to say we work with the UN in the UN system. Plus the UPU isn't some weird special case either. There are 15 international orgs that are considered special agencies (WHO and UNESCO for example.) But honestly no one truly cares about the subtle difference between work for the UN and working with the UN. We are considered UN employees and we generally don't correct people because they're not entirely wrong. We could be all "well actually we work for a specialized agency of the UN blah blah blah...." But no one wants to be THAT person. 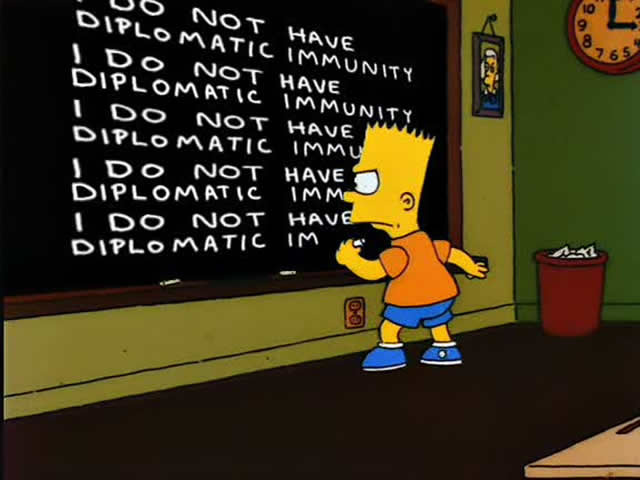 We are UN employees so that clearly means we have diplomatic immunity. WRONG! Sort of. Diplomatic immunity comes with diplomatic accreditation, we don't have that. So we have something called limited immunity. This means a few things;
There are also a few things that John gets when he travels for work that also fall under limited immunity but it has nothing to do with getting off scot-free if he runs someone down with a car...fun fact when on mission John isn't allowed to drive himself.

Pssst...if you want to know how diplomatic immunity actually works this is a fantastic explanation.

Mistaken belief #3: That we know where that thing you mailed is

Yes we do work for the Universal Postal Union. However, I know how to format a document and John knows how to do whatever it is that his job actually is and is very good at. We have no idea why it takes so long for a letter to get to where it's going. We don't know why that package was damaged and no we don't know anyone who can do something about customs and duty charges.

Mistaken belief #4: Getting our jobs was some how super complicated or different than any other hiring process ever and probably totally scary and intimidating

Nope. You can apply for a job with the UN just like you apply for any other job ever. Fill out a form online and submit your CV. You will be interviewed (should you be short-listed) just like any other job and you might have a job test just like many other jobs. It's really not that scary or hard or complicated. Certain jobs might ask for some pretty unique skills combinations and having a second language (preferrably a UN language) will make you look a little more favourable. 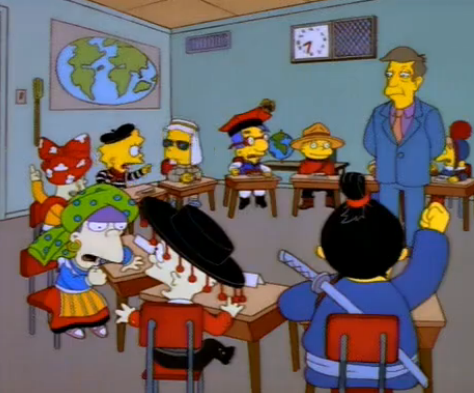 Mistaken belief #5: that we make mad ca$h money, yo

This comes up a lot. It's really strange that if I were to ask someone how much they make doing their job I would be considered rude. However, for what ever reason asking us is totally fair game because people are curious and when you're curious common courtsey goes out the window apparently. Admittedly if you knew our grades within the UN system you can look it up with some googling and get a rough idea minus the cost of living adjustment. We're paid well for what we do and we can live comfortably. Though much of this also has to do with good budgeting. But no we're have no reason to install a Cyril Sneer type vault to keep all our disposable income at this point in our lives.

There seems to be this notion that it's all receptions and diplomats and travel and international friends. Okay our friends are pretty international but as for the rest of the fanciness, it's rare. Super rare. So rare that it's pretty much not at all. Sure I was at a reception last night for about 30 minutes but the reason I was there was because I was waiting for a document to come down...and the person we were waiting on was also at the reception. So myself and my co-worker went up, had a glass of wine and then came back to our office and worked on a different document whilst we continued to wait. So fancy.

Despite all these misconceptions what we do and where we work is pretty damn cool. More than anything though the husband and I have both found a place that we like to go to every day with people that we like to see and that like to us and do jobs that we both enjoy. And honestly that's what really matters to us.