Disneyland Paris week: "I'll give you something to cry about!" 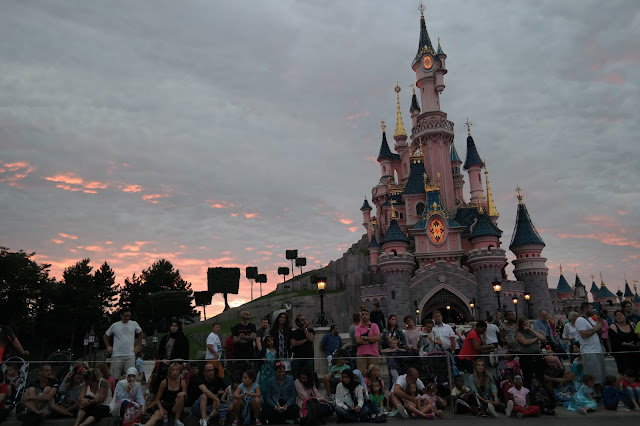 If you follow me on instagram or Facebook you'll know I had a whirlwind adventure recently in Disneyland Paris with my goddaughter and my bestie. This was my second time visiting the second happiest place in Paris (I maintain the happiest is Shakespeare and Co in Paris). The first time I went John and I were there on a drizzly day during the off season. Wait times for rides weren't terrible. There were crowds but not the insanity that was our recent trip and our day at the park didn't have the same background noise as my most recent one. I'm not talking about the piped in muzak you hear all over the park, though I'm fairly sure if Jamie and I hear "Once upon a dream" one more time we may stab someone, I'm talking about crying, wailing, gnashing of teeth. Every where we turned there was at least two kids...if not more having some sort of meltdown.

I would like to think I invented the childhood tantrum. Oh the stories my parents could tell of my full blown, kicking and screaming throwing myself on the ground, call for an exorcism and look out for pea soup, temper tantrums.

Yup, I was a delightful child.

Disneyland Paris is the perfect tantrum inducing vortex on a hot day in August. It's hot, there is no shade, finding an empty bench is like finding a bar of gold. Lines for cool drinks and Popsicles are long and people queue barge, lines for character meetings are long and sometimes get cut off, lines for rides are long, lines for attractions are long....so many lines....there are gift shops galore where everything fun is at kid level and then let's not forget the sugar laden processed food every where.  So you have over indulged, over stimulated sugar crashing kids every where.

There was the kid who was kicking and screaming while being carried like a sack of potatoes out of the park. There was the kid who slapped his mother after the parade and she continued to try to negotiate with him (note: if I had done that to my mother I would not be writing this right now, I would have been been murdered by my parents.) There was the kid who flipped out over going on pony ride and then when the mom removed her screamed, "but I wanted to ride the pony!!!!!!" It was that moment that I learned why some species eat their young.

I get it kids are kids and they cry and scream and they throw fits. I know. I'm not some monster who expects children to behave like mini adults. Trust me. I've spent enough time around kids (even working in day care) to know sometimes they just have to have all the feels right in this moment in this line for the Dumbo ride and ain't nobody gonna stop them!

All I'm saying is for the supposedly happiest place on earth there is a a metric crap tonne of really really viscerally unhappy children there and it just seems strange, but I understand see above about tantrum inducing vortex, that while you're happily skipping down Main Street USA all you can hear other than the muzak is a small child just being done with life at the moment. I'm fairly sure this not what they meant in the brochure when they wrote "discover the  magic of Disneyland Paris."

There is a weird benefit to spending all day surrounded by tantrums and screaming children and I'm not talking about your sudden desire to have all your reproductive organs removed. 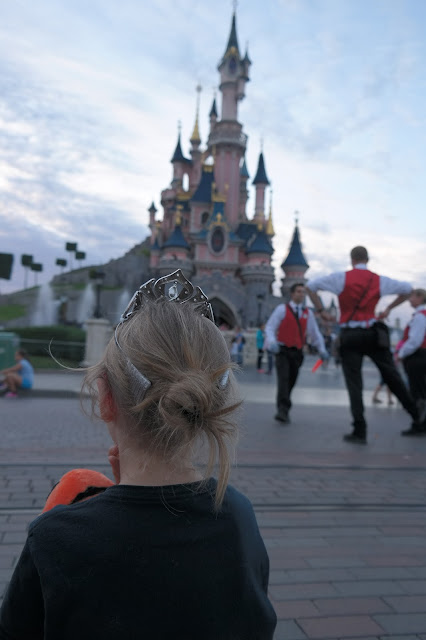 You end up feeling smug as hell about the behaviour of the child you're with. Sure my goddaughter had a few moments but they were over quickly and they never reached tantrum level. Actually got no where near it. She'd get a little sassy (and not in the good way) we'd call her out on it and then it was over. Considering the perfect storm of tantrum triggers we were surrounded by for 2 days she was a rockstar.

Honestly, she behaved better than some of the adults which is another post all together...seriously grown-ups get it together!