A Tale of Two Embassies 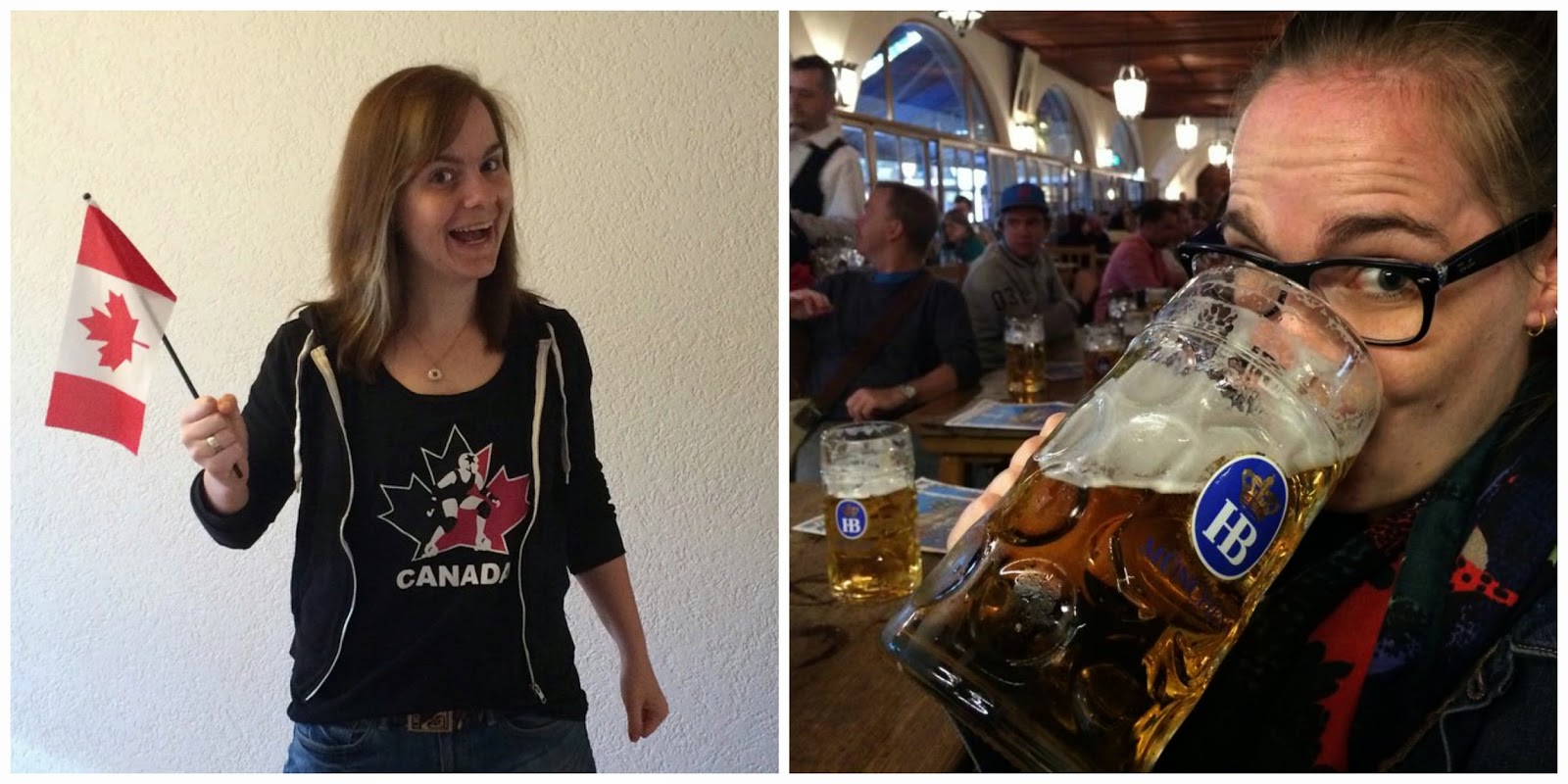 When you grow up bilingual you ended up doing something called "code-switching." I alternate between two languages on a regular basis. Sometimes its seamless, other times not so seamless. Like a few weeks ago when John was on mission, I hadn't really spoken to anyone yet that morning and ran in the bakery by my bus stop before work to get breakfast. I was sleepy and the coffee hadn't quite kicked in. My brain just couldn't code switch fast enough and English came out rather than German. Oops. Admittedly this also happened when we were home in Canada at lunch with my bestie I may have thanked the server in German. She laughed at me,

To me though code switching goes beyond language though. I think it can be applied to cultural norms. I'm Canadian and German. I grew up in Canada but in a German family. So I have moments where I'm so Canadian it's painful (pardon me...sorry...so sorry...excuse me...my fault...sorry) and other moments where I'm ganz deutsch. Genau.

I'm not only bilingual, and dual cultural (is that a thing...I don't know...) but I'm actually a dual citizen. Yes, I am one of those people with the luxury of having two passports. Having both a Canadian and a German passport has made travel a lot easier. I get to standing in all the short lines! Heck, in Heathrow when I go through customs I don't even have to talk to anyone I just bleep my passport and I'm in! John on the other hand gets asked, "are you traveling with anyone?" and is on the receiving end of weird looks when he says, "my wife...she's already in the country."

I renewed my German passport not long after we got here. It was incredibly straight forward. Ganz Deutsch.

I went to the embassy website. Booked an appointment. Printed off the handy dandy checklist of all the things I need to bring with me such as my old passport, the paperwork, copies of my parents passports (yup), my long form birth certificate, my legitimization card issued by the UN, my Canadian passport...my third grade report card...I got there on the day of my appointment. I was searched, my paperwork was searched. I was handed a number and directed to a waiting room. By the way that was all before I even set foot in the building. I waited maybe 5 minutes. A very nice lady behind about 12 inches of bullet proof glass got everything all sorted out for me. I asked a few questions, got finger printed, paid them and I was off. The whole thing lasted 45 minutes which included the search before I even got anywhere NEAR the building. I was told it would arrive in about 3 weeks.

The whole experience all together was very very German.

Na ja....the Canadian embassy was a whole other story.

I needed my Canadian passport renewed so I immediately checked their website to see when or how I could book an appointment to do so. Turns out you don't. You just show up. What?! You just show up? That's just so...Canadian. I kept saying to John, "What do you mean I just ring the bell and they let me in? Isn't there like...security?!" No...no there isn't. They just let you in. I dragged my butt a little bit about my passport because their office hours were the same office hours I keep so I had to wait until I went back to 50% at work before I could actually renew my passport. No, I couldn't go on my lunch break, this is Europe, things shut down over lunch like embassies and the post office. I filled out my short form application, got my photos done and headed off to the embassy.

I rang the bell. A nice lady said hello over the intercom and I said I was here to renew my passport. I kid you not she said, "wonderful, come on in." And the gate opened and I walked in the front door of the embassy into a little waiting area. I filled out the credit card form, (fun fact: I could have saved myself about $150+ Canadian if I had done this while we were home over Christmas) and I was off. I was told I would have it in about a week and a bit (yes that the was exact estimated time...a week and a bit.) Total time at the embassy officially renewing my passport 5 minutes. Total time making small talk with the lady at the desk and a nice family from Winnipeg (we truly get every where), 10 minutes.

The whole experience was just so...so...Canadian.

John did make fun of me that morning though as I left the house. I had put on my Team Canadian roller derby shirt. He asked if I was worried they would have an on the stop test of my Canadianess for my renewal. I told him I was practice saying "eh" and "double double" on the tram to the embassy just in case.

HomoHausfrau said…
HAHA! I love it.

When I was in Scandinavia recently, I had a very similar dual life experience-- Feeling soooo Canadian (where I was raised) in a sea of Swedish strangers who don't look at one another, don't offer directions if someone appears lost (or if they overhear them talking about being lost), and who CERTAINLY don't say they're sorry when they bump/BASH into you in the crowded train stations.