My Geek Fuel box and Me

March 24, 2015
I make no secret about my geek/nerd tendencies. My ultimate goal is to one day knit a Doctor Who scarf. I'm currently on my third (maybe fourth) rewatching of Gravity Falls. I not only own a pair of Stars Wars leggings but some Batman leggings as well. John and I have "I love you" "I know" rings.

So when I got a chance to snag a Geek Fuel box for a review I was over the two moons of Gallifrey.

If you're not familiar with the subscription box concept it's pretty awesome. Basically for a fee you get a mystery box of awesome geeky stuff in the mail. You can sign up for one month, 3 months, 6 months or a year and ship to lots of different country so yay even us expats can get in on this nerdy goodness. Each month has a theme too which you don't know until you open the box. Each box has a guaranteed value of over $40. The box I got had a retro theme. AWESOME!!!!!! 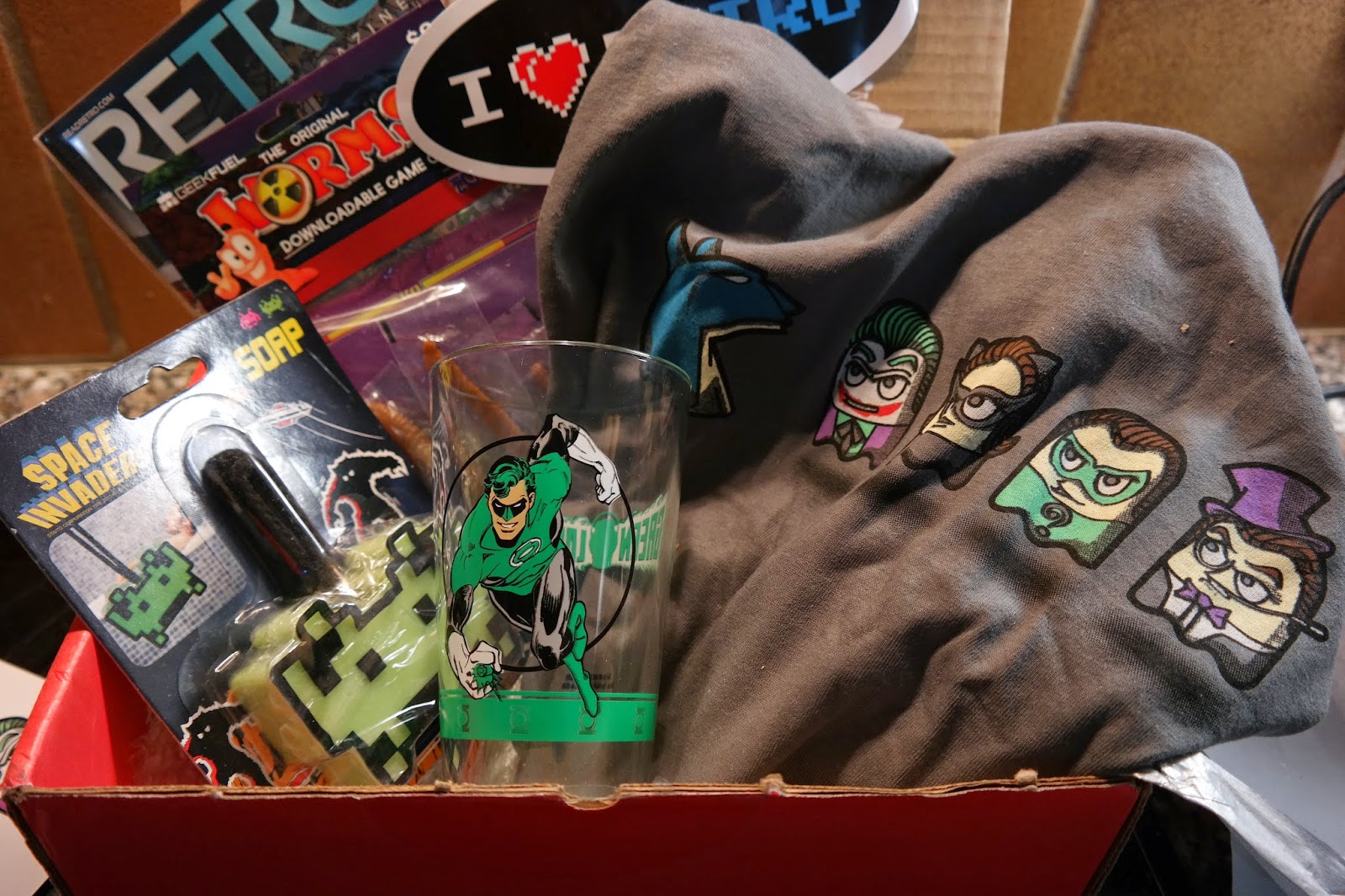 Look at all that cool loot!! Johnathan made off with the Space Invaders Soap on a Rope immediately. As well as the Worms download code (he has a Steam account so clearly he should try it out first...) I will say when I saw the Worms package with the gummy worms and the game code I became pretty nostalgic. My brother and I use to play that for hours when I was in junior high. The green lantern pint glass rocked my socks off and I'm fairly sure it made the beer I drank out of it even more badass than it already was.

There was also a retro games magazine which made me feel all kind of nostalgic...and a little old...but more nostalgic than anything. And a cool I heart retro button and stick. I loves me some 8-bit design.

The crowning jewel though was the retro batman tshirt. I looooooooove the original Batman TV show. At least once a week either John or myself says, "Somedays you just can't get rid of a bomb." Thanks to The Batman movie. So this just...oh...it was just awesome. I had a chance to meet Julie Newmar a few years ago when the charity I was working for at the time had a booth at the local ComiCon because we were the charity of choice. I had a lovely chat with her. She speaks a lovely German by the way and she autographed a photograph for my father with "Dear Erwin, Thanks for everything, Julie Newmar."

But back to the Tshirt. The tshirts Geek Fuel puts in their boxes are exclusive. So you may LOVE that batman shirt and want to run out right now and buy it, you can't. It is exclusive to Geek Fuel. Pretty awesome huh.

Might I also say, I'm sucker for cute packaging so the fact that it looked like this when I opened the box was a big bonus. 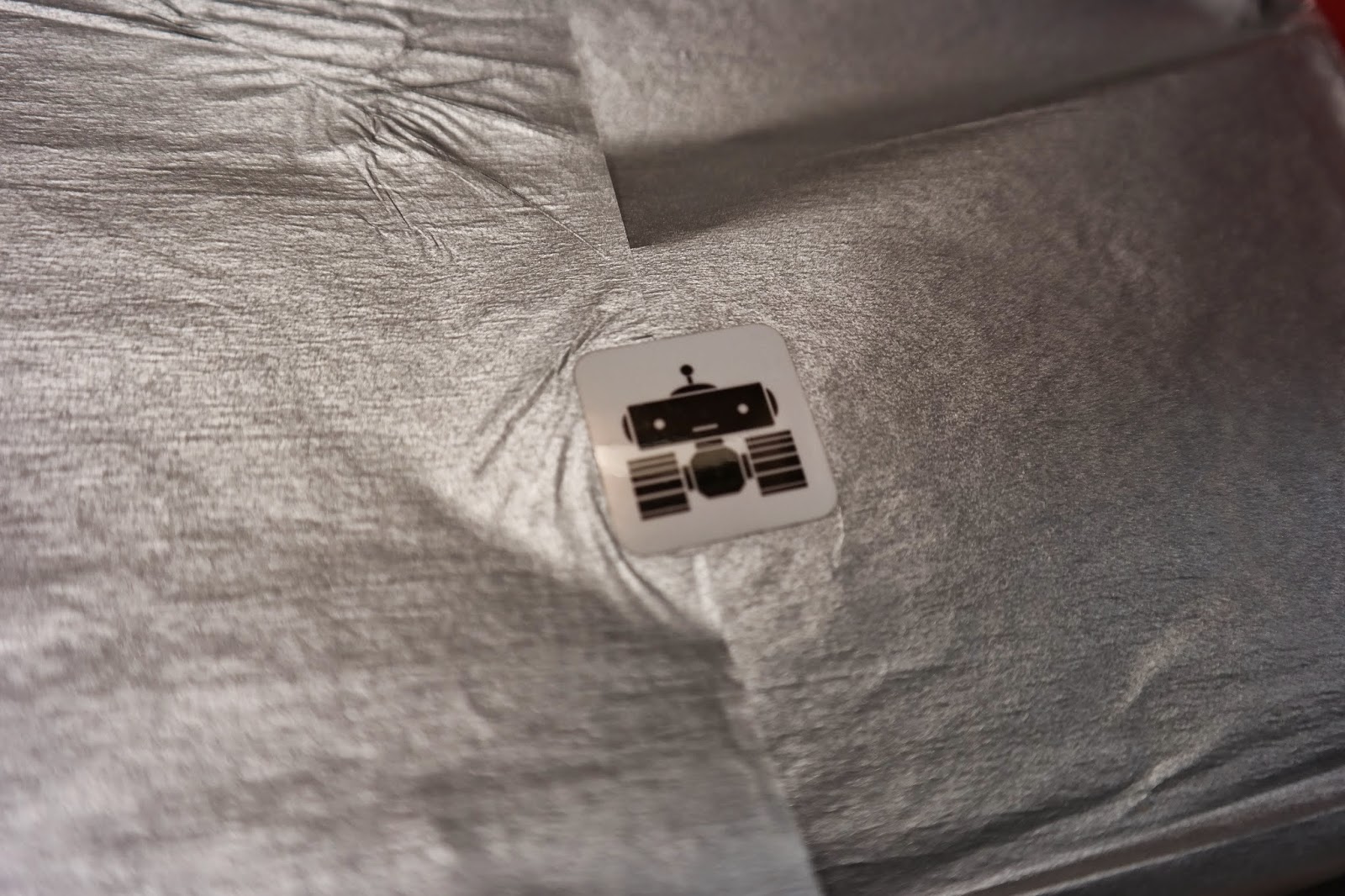 So how to do you get your hands on one of these? Well you can click the Rosie the Riveter ad in the sidebar and sign up through there. Or you could enter one of their monthly contests and see if you can get your mits on one of great boxes of fun. Not geeky enough to get the box for yourself, why not give it as a gift. I'm honestly considering this as a Christmas gift for several people in my life...aka my super hard to shop for brother. 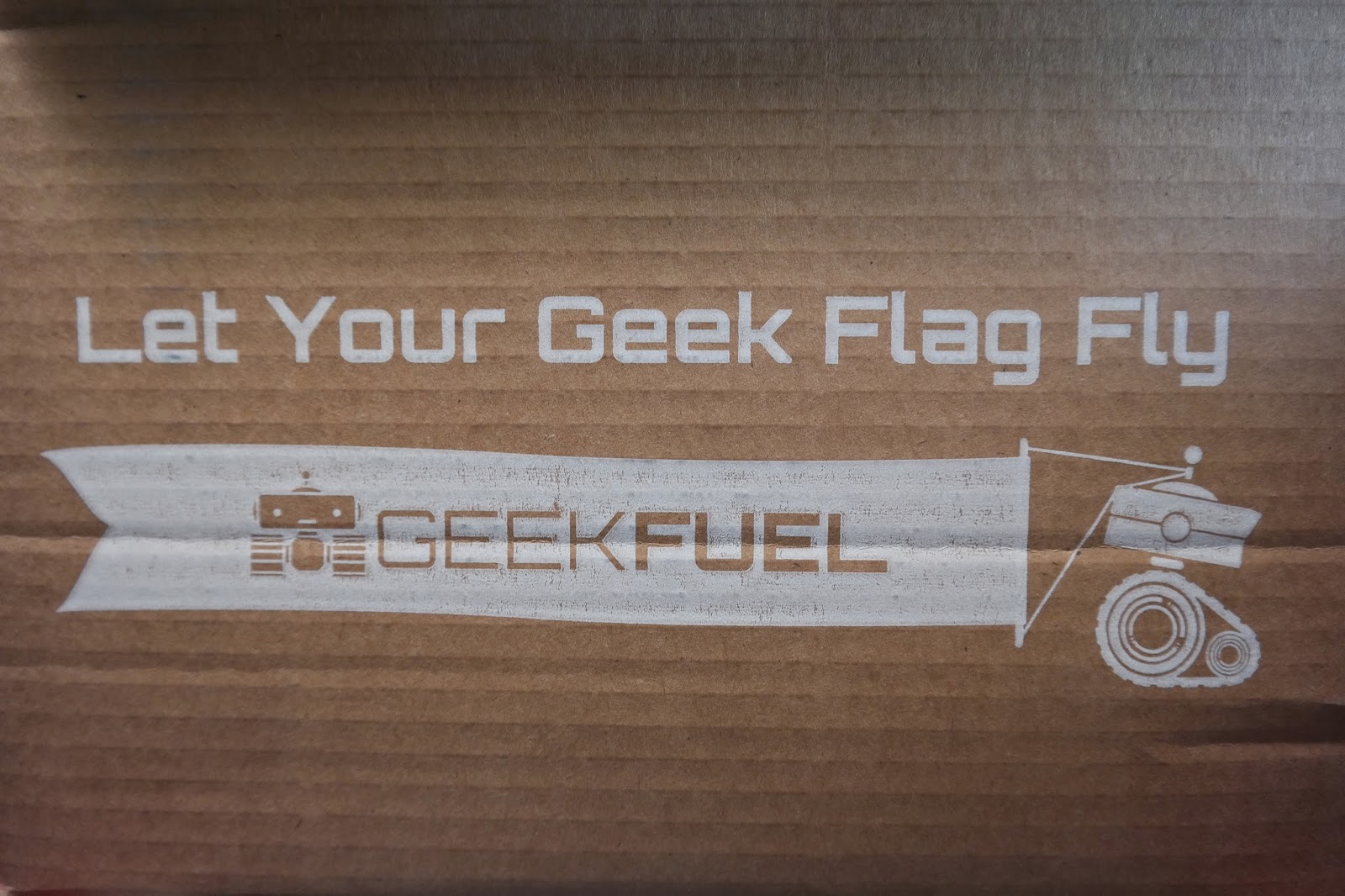 Disclosure: I received a free Geek Fuel Box from  Geek Fuel in exchange for writing a review. Although this post is sponsored, all opinions are my own. This post contains affiliate links.
Geek fuel Influencer review sponsored post subscription box