November 12, 2014
This time of year is always stupid for me for one reason or another. October and November seem to just disappear into thin air. I lose track so easily of the days it's ridiculous and frustrating because I'm practically handcuffed to my day planner these days.

So here we go a mega update about what's been going on in my neck woods.

As I write this the Roller Derby World Cup is 20 days, 23 hours and 10 minutes away. Yes, yes it is. Team Switzerland is surprising me at every turn and they've truly become one team. That's my assistant coach Viva Vanitas by the way. We don't look terrified at all! We played Team Italy recently and it was seriously an amazing thing to watch. It's honestly hard to put into words what I saw on the track. They made me crazy proud.

We got our seeding the other day as well. We're in group 2 with France, Portugal and Brazil. Our first game is against Team France. France recently won a European National Team tournament. I saw them play against Canada and England in February. They're a good team...and one of the World Cup charter teams (they were at the first one in 2011.) Of course the fact that we're playing Brazil and Portugal tickles me. A lot of our friends from work are from these countries. I feel a lot of "I know you're the Swiss coach but....I have to cheer for my country" coming on. HA!

I land in Dallas on the 1st. The tournament starts on the 4th. I predict a lot of sleepless nights between now and then.

Yup....John is doing Movember. Apparently he was talked into it at work. From what I'm told cachaca was involved. So he joined the UPU Movember team. It's a good thing his directorate has very little to do with the fancy meetings going on right now. John generally plays fast and loose with his facial hair. He goes from having a beard to a goatee to being clean shaven a lot. So the whole facial hair thing doesn't really phase me. Except when he has a mustache.  He just happens to look super creepy with a mustache Like he should be driving a panel van with "free candy" written on the side. BUT at the same time, he comes from a long line of men who would rather do anything BUT go to the doctor so the fact that he's involved and doing something to promote men's health that's awesome. I also love the fact that my best friend donated only under the guideline that he would shave it off.

That's right we're going home to Canada for the first time in 2.5 years. The last time we were home was June 2012. At that time our goddaugther wasn't in school yet (she's in grade 2 now), our godson and niece were about to turn 2 (they're 4 now) and our other niece didn't exist (we haven't actually met her.) Yeah....it's been a while. Our feet hit Canadian soil December 9th. A month from today I see my best friend for the first time in over a year. We're not just staying in Manitoba either (because we're insane....) and heading out to Alberta to see 1 of John's brothers, my brother and my moms side of the family and various friends we have out there. We're going to need a vacation from our vacation. If you're a Winnipeg friend/relative whose reading this we're coming to see you too...we just don't know when.

Expat pro tip: fastest way to spend a whole ton of money and disappoint half the people you know...plan a visit home. 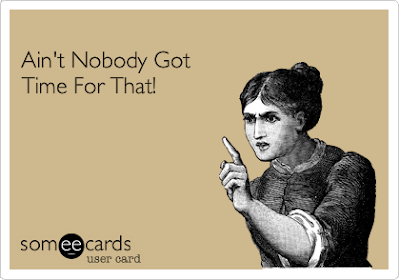 This would have been my 8th NaNoWriMo. And I'm not doing it. Nope. I honestly have zero time to write outside of NaNo (as proven by serious lack of blogging) so I would have even less time to do NaNo. And "finding time" to do it was impossible. There was no time to be found between work, derby, the world cup and making plans to go home for 5 weeks noveling was just not a priority. I played with an idea of doing a modified word count and then I came to my senses, NaNo was just not going to happen this year.

And there you have it, a random life update on me. Over the next little while I'm not sure how the blogging is going to go. I'm trying my hardest to keep my stress level low (and from a failing to do so stand point it's been a raging success) but let's be honest....I'm going to the world cup for my sport....that's a huge friggin' deal and I'm going home to Canada for the first time in way to many years plus it will be over Christmas. Life is nutty. And when it comes down to a choice between blogging (and trust me there has been lots I could be blogging about) and sitting and the couch binge watching something...well the couch always wins these days.