October 21, 2014
The husband and I like to adventure. We love travel. And moving to Europe has allowed us to have some amazing adventures. We will always be appreciative of the fact that we sometimes get to go to places for no more than 100 or 200 chf that people back home in Canada sometimes save up their entire lives to go see.

Three weeks ago I was tagged by the lovely Kelly over at A Lovely Life, Indeed She nominated me for for an opportunity to share five destinations I would revisit as part of Booked.net - Top Destinations to Go There promotion.

I've had a love affair with the city of Venice since I was about 9-years-old and my parents bought me the Classical Kids: Vivald's Ring of Mystery CD. I listened to it at night to help me go to sleep. I finally got a chance to visit in 2012 but barely scratched the surface with my dad. We spent a few hours and then headed to Conegliano to see my mom. It's easy enough and cheap enough for us to get there...we just haven't gotten there yet. Also this is one of the few places that I have been and John hasn't which normally gives me a small sense of satisfaction but genuinely I think he would like Venice (not as much as Florence...wow does he like Florence) but I think he would still like it. 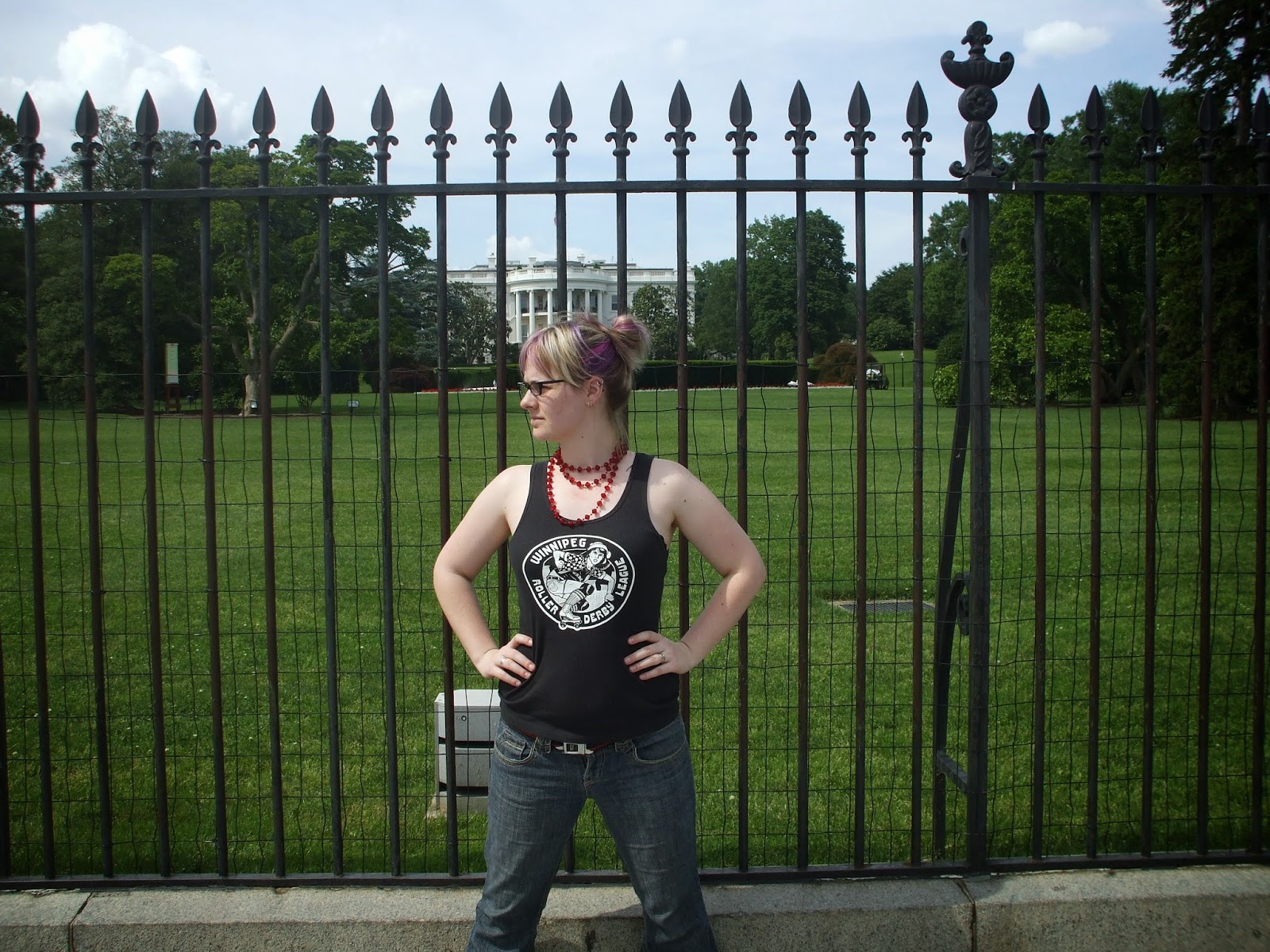 We went to DC in 2010 after our trip to Italy was cancelled. We hit New York, DC and Montreal. My parents were with us for the New York and DC portions of the trip. I love DC. Mostly because I'm a complete museum junkie and DC is a museum junkies paradise. To this day John still tells people to check out the "Abraham Lincoln Chicken and Waffle House" and "The District Steakhouse." I saw Julia Child's kitchen which was...um...wow. And my favourite costume from the Carol Burnett Show. Hung out on the set of America's Most Wanted, flew a fighter plane with my dad. Yeah...I love DC. A lot. Admittedly, the other reason I want to go back is that we ended up there during the last week of school for American's which meant it was bus after bus after bus of school kids every where. With a lot of the museums being free it was a little hellish sometimes. So the not free museums were a wonderful break from the crowds of kids.

I'm going to be honest and say Berlin is our "default" trip location. Before we go anywhere we generally check what prices to Berlin are. This city is amazing and special and the place where I feel it's the closest thing I have to home. It's a language and culture I understand. It's a city I can get around with no issues and it's a place where I will always be content exploring. Always.

I know Paris can be such a polarizing place. People either love it or hate it. John and I have been to Paris twice now. Once with my parents and once on our own. The first time around we did all the touristy things and were kind of "meh" about the whole place. It was nice but we weren't rushing to go back. We went back recently because 1. John felt guilty about going to Oktoberfest (which I ended up going to anyway) and 2. There was a super awesome sale. So off we went. This time with no real plan. We loved it. And we would totally go back again and once more with no real plan. Fun fact: I've been to Paris twice now and STILL haven't gone to the Lourve to see that half-smiling painting everyone goes on about.

This might sound like a total cope out because my parents live there AND I've previously lived there BUT Newfoundland is an amazing place to visit. It's Canada's oldest settlement but youngest province. My parents moved back there 2 weeks after I got married (yes, my parents didn't empty nest...they got rid of the nest and started a new one on the other side of the country.) We lived there as a family in the late 90's as well. Newfoundland has changed a lot since the late 90's and it's been really cool to see. It's a beautiful place to visit, the people are wonderful and I honestly think it's the only place in the world where the trees look drunk (no really, they do). I haven't been back for a visit since....um....2008 or 2009...I think. Yes Mom I know...I'm long overdue for a visit.

Kelly Rodriguez said…
Great post! Love, love, love Paris! We just got back from a long weekend in Saint John...NB that is. Looking forward to exploring the other St. John. :-) Berlin and Venice are on our list....hopefully someday soon.
October 21, 2014 at 1:34 PM