This is our life? 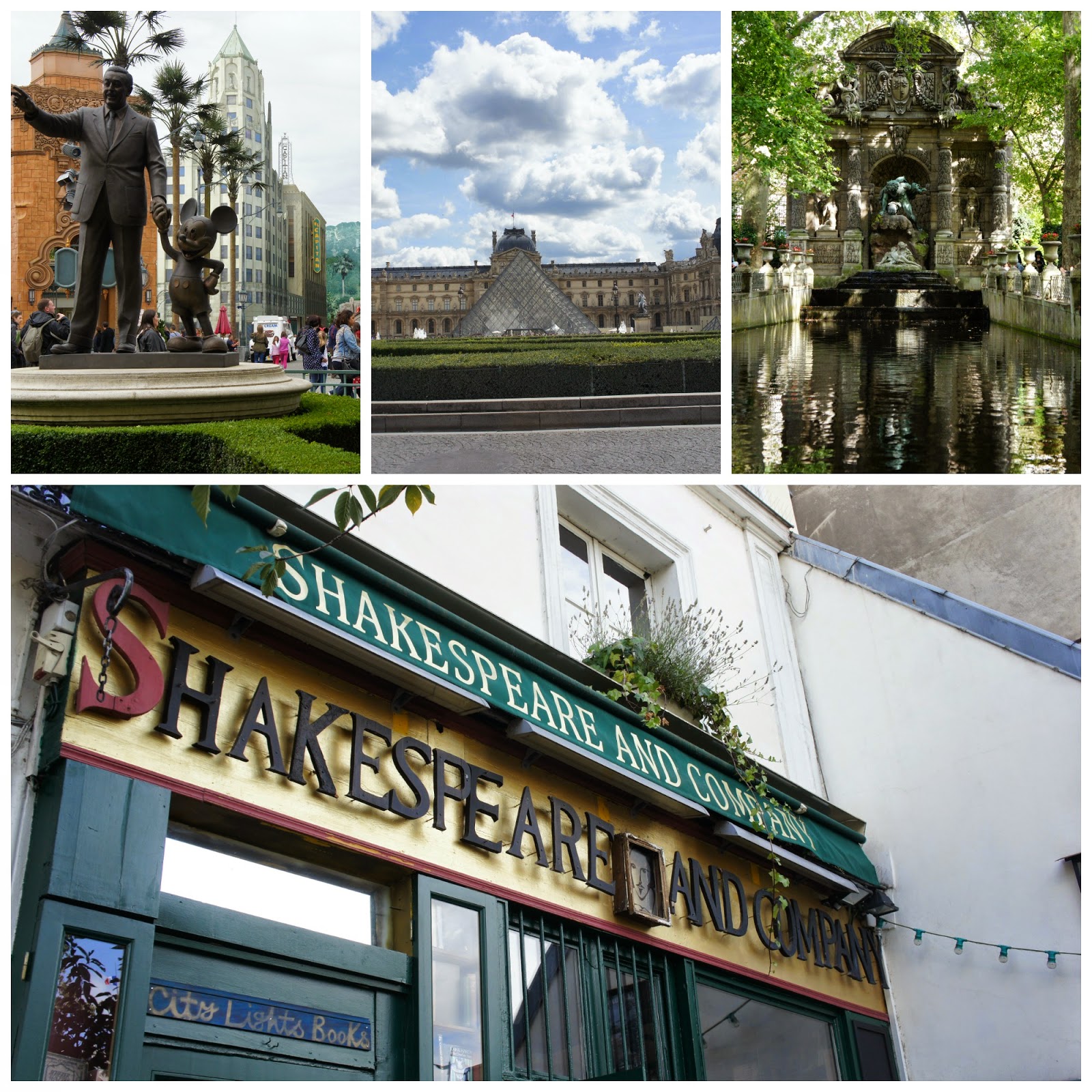 It all started one Saturday morning when I suggested we maybe go to the closest thing we have to a North American shopping mall here in Bern. I wanted Ramen soup. I had previously suggested going to a place called "Shoppyland" which is also like a North American Mall but John shot that down pretty quickly. I thought maybe if I tempted him with the possibility of a big bowl of ramen maybe he would say yes. Instead he countered with, "hey look trips to Paris are cheap right now on the SBB website..." All hope of going to any sort of mall was abandoned because he used the ultimate distraction device, a cheap trip somewhere in the near future. This always works.

John and I have been to Paris before. We went with my parents last summer. But that was very much their mulligan trip because they had previously been and it rained the whole time so we did I a lot of stuff they hadn't gotten a chance to thanks to the weather. We very much were tagging along which was fine with us.

This time we went with basically no plan other than seeing John's old roomate and his wife at some point and going to Disneyland. Yes, Disneyland. John made good on a promise my mom made me when I was about 9. Why no plan? Because...reasons...Honestly we just wanted to be in Paris we didn't really care to much about what we did.

I can see some of you now. Clutching your pearls thinking "Oh the humanity" at the notion that we went to Paris without a plan. But this is how John and I travel these days. We don't care to much about what we see. We care about being there. And if we happen to see some cool stuff along the way, great. But if we make our trips never ending check lists of stuff to do then one or both of us will inevitably be disappointed. Now if someone REALLY wants to see something, we speak up. Like this time in Paris John wanted to see the Museum of Decor because they have a very very big Art Nouveau exhibit. Yes, fun fact friends and family John is a lover of all things Art Nouveau and Art Deco. The more you know. Although one pro tip, if you want to go have an expensive cocktail at the The Ritz....aka liberate the bar like Hemingway did...make sure the place isn't closed for renos. Just sayin'. 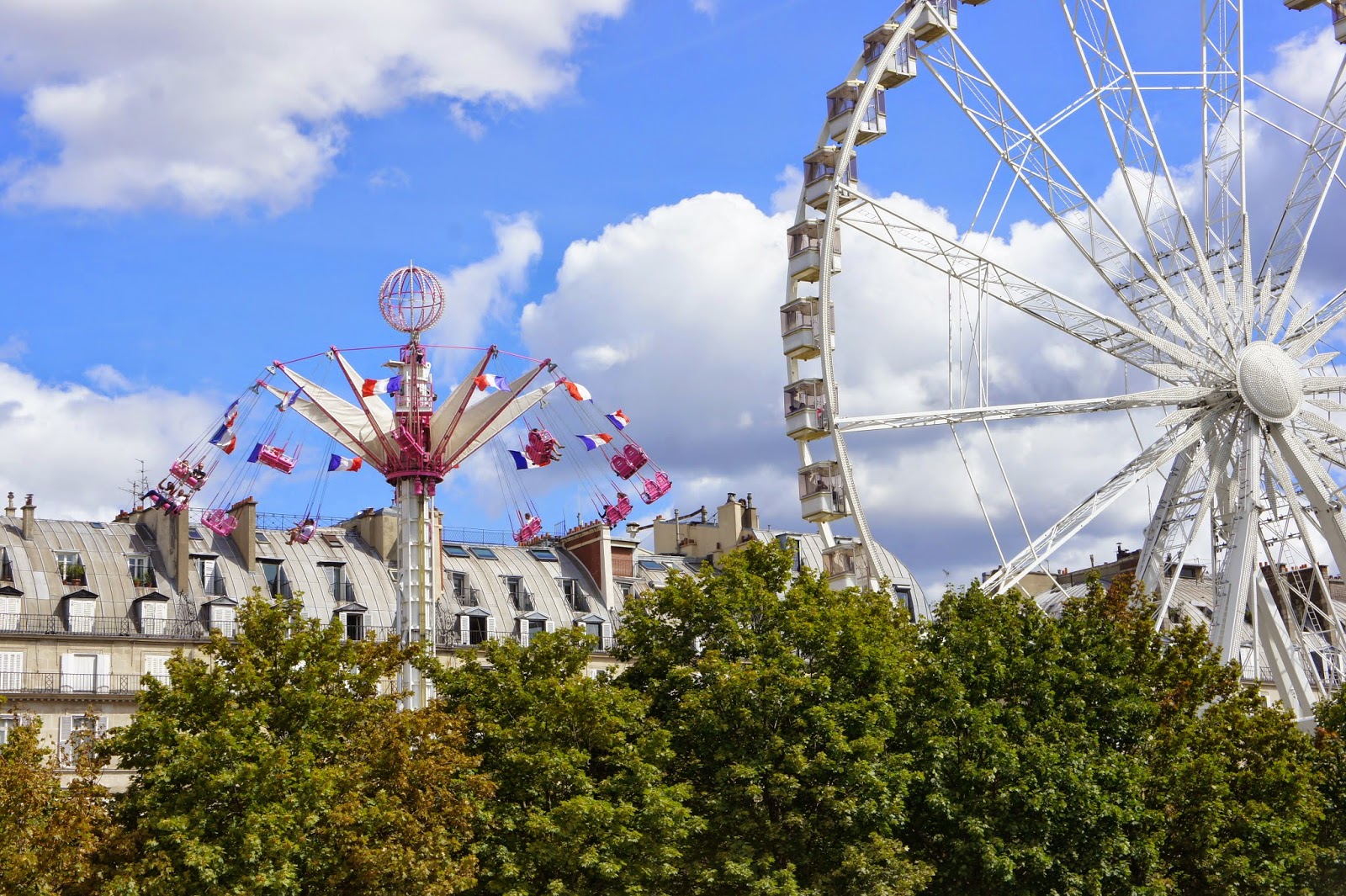 We had a lot of moments of, "this is our life?"

John and I are still very much in the head space that this adventure we're on could end tomorrow. We are still very much of the opinion we're just two idiots who fell in love and moved overseas. We still don't know what we're doing most days and we are still struck dumb by the idea that we live in Europe, we both work for the UN and we have the opportunity to do things on a whim for a weekend what some people dream of and save up for, for their entire lives. We do other peoples bucket list items like other people go grocery shopping....which reminds me...I really need to go grocery shopping.

We were sitting in a park with the Louvre on one side and the Eiffel town on the other and I looked at John after the waiter brought me my wine and I said, "I've had this dream." He kind of looked at me weird...not the normal kind of weird he looks at me but like a genuine "seriously?!" look. I went on to explain. This scenario had played out in my had before. This exact one. But when it happened I didn't really know where it was or context or anything. I just knew that moment had happened before...just in my head. We were now living a dream.

Here's the thing about John and I. We always wanted big things for ourselves. Not just as a couple but as people. But this....all of this (picture me doing large hand gestures when you read that it helps)....never was a remote possibility to us. Switzerland. UN departments. Traveling hither and yon for a weekend. This never entered into our thought process about how our lives would turn out.We knew we were capable of awesome things. But we also knew we would have to be happy with whatever life threw our way. We thought on our Godsons 4th birthday we would be there. We thought we would be making a drive to Brandon to celebrate him at his birthday party not eating oysters in Paris. That never occurred to us.

We sat on our balcony this past Saturday and listened to an album that sent us right back to where our marriage started. We drank martinis and talked. And talked and talked. We talked about where we came from. A basement apartment in Brandon Manitoba where we had a mattress on the floor. And where we were headed. We don't really know where we're going...or what we're doing....but as long as we remember where we've been....and we have snacks...we'll be okay.

Sara Janssen said…
Love this!! That is just about the best diversion tactic I've ever heard of. I cannot wait to get to Paris. I'm hoping to go in October when I have a break from work. It's awesome that you guys went without much of a plan. It's so much more enjoyable that way sometimes!
September 1, 2014 at 1:19 PM