That time John told more people than I did 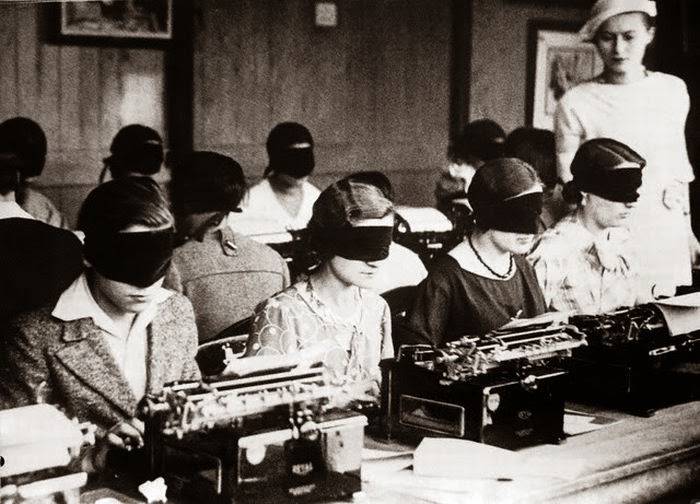 Back in February I mentioned I got a new job. I was no longer teaching English (aka the default job of a lot of trailing spouses) but I was working at the same place as John but for the typing pool. Yes, the typing pool. UN organization aren't known for moving at lightening speeds so the name is left over from the department was in fact an actual typing pool. However, these days gone are the typewriters and our job is less how many words could you type in a minute and more document formatting.

There is a lot more to the story than I ever divulged. I never really said much about it because it was incredibly difficult and actually kind of annoying to explain. Why annoying? Because unless you're familiar with how things within the International Org world works people get uppity about why things take so long etc and forget that "this isn't Kansas anymore." Things work a whole lot differently here.

In April of last year (yes LAST YEAR) just before we went to London I applied for a job at the UPU after much harassment from John. Why was there much harassment? Because I'd been burned by the interview process at the UPU before and I really didn't feel like going through that again. Though this time he swore up and down the fact that I don't speak french shouldn't enter into the whole thing as the job was with the English Language typing pool. It shouldn't be a huge issue.

Then the hiring froze.

Then I forgot I had even applied for the job.

Then in December I got a call from HR asking if I could come in for a test and an interview after Christmas as a second position in the typing pool had opened up.

So I did that sometime in early January. I figured it had already been this long might as well complete the process.

Then I heard nothing until the week of Valentine's Day. Apparently due to some bureaucratic red tape they couldn't offer me the position just yet. This had nothing to do with me, the typing pool or anything that anyone really could help. This had to do with the original job posting.

BUT they were in desperate need of a temp for the HUGE conference that was coming up. Basically every document needed in English went through English language translation and then through us for formatting. So that's where I came in. I was a temp just before and during the massive conference. My contract said 50% but I'm fairly sure at some points I was working 80%.

Anyway the job posting got out of red tape and was reposted. So I applied. Again.

This time I got the job!

I have a three year contract with a special department of the UN in the English language typing pool.

Yup take that annoying people in high school who thought I was a weird outcast. This weird outcast is a UN employee. HA!

This is actually really awesome. It's a 50% job (2.5 days a week) which means I can still write. And while John never really cared that I wasn't bringing in an income of any note I cared. That's right freelancing doesn't pay the bills (shocking.) But it's something and I won't have to stop doing that.

John has officially told more people than I have. I'm fairly sure there are complete strangers who know I got this job. I can count on one hand the moments where John has been THIS kind of proud of me. It's been two years and 10 months (John counted) of looking for a job. That's a lot of rivers of tears and frustration and explaining that no I CAN in fact work here with my permit.

I know some of you might be wondering what happened to the teaching gig. I'll keep it brief. It was fun. Then it wasn't. Then it was soul crushing. I gave my resignation with no back up plan and got the temp job the next day.

Someone was looking out for me.

BJ Lightvoet said…
First off, congrats on the job and love the blog! I found it from googling "expat in Switzerland blog" or something. On the extra random side, I recently applied for a position at UPU in Berne (but have no idea what the odds of them hiring an American for the position).
Anywho, great to read about your transition and your honest opinion on the expat life. Cheers!
June 5, 2014 at 3:50 AM

Tatiana said…
Hi BJ. My husband thought the exact same thing when he applied for his job at the UPU three years ago. "What are they odds of them hiring a Canadian." Turns out pretty good apparently. Good luck with the UPU position.
June 5, 2014 at 10:36 AM