sometimes it's not just stuff

May 09, 2014
Since our whirlwind move to Switzerland John and I don't put a lot of stock in owning stuff. We don't have a lot of stuff. Furthermore, we don't have a lot of stuff we would be too upset about not having anymore. We have some stuff at home in Canada in storage but it's mostly stuff that would be either hard to replace (my LP collection and some of our books) expensive to replace (kitchenaid mixer with attachments) or can't be replaced (my wedding dress, our photo albums, my grandfathers console radio.) But we know it's just stuff and things.

But on the flip side we do have some things that make us feel connected with people we love because sometimes all you have are things because you don't have the people for one reason or another. 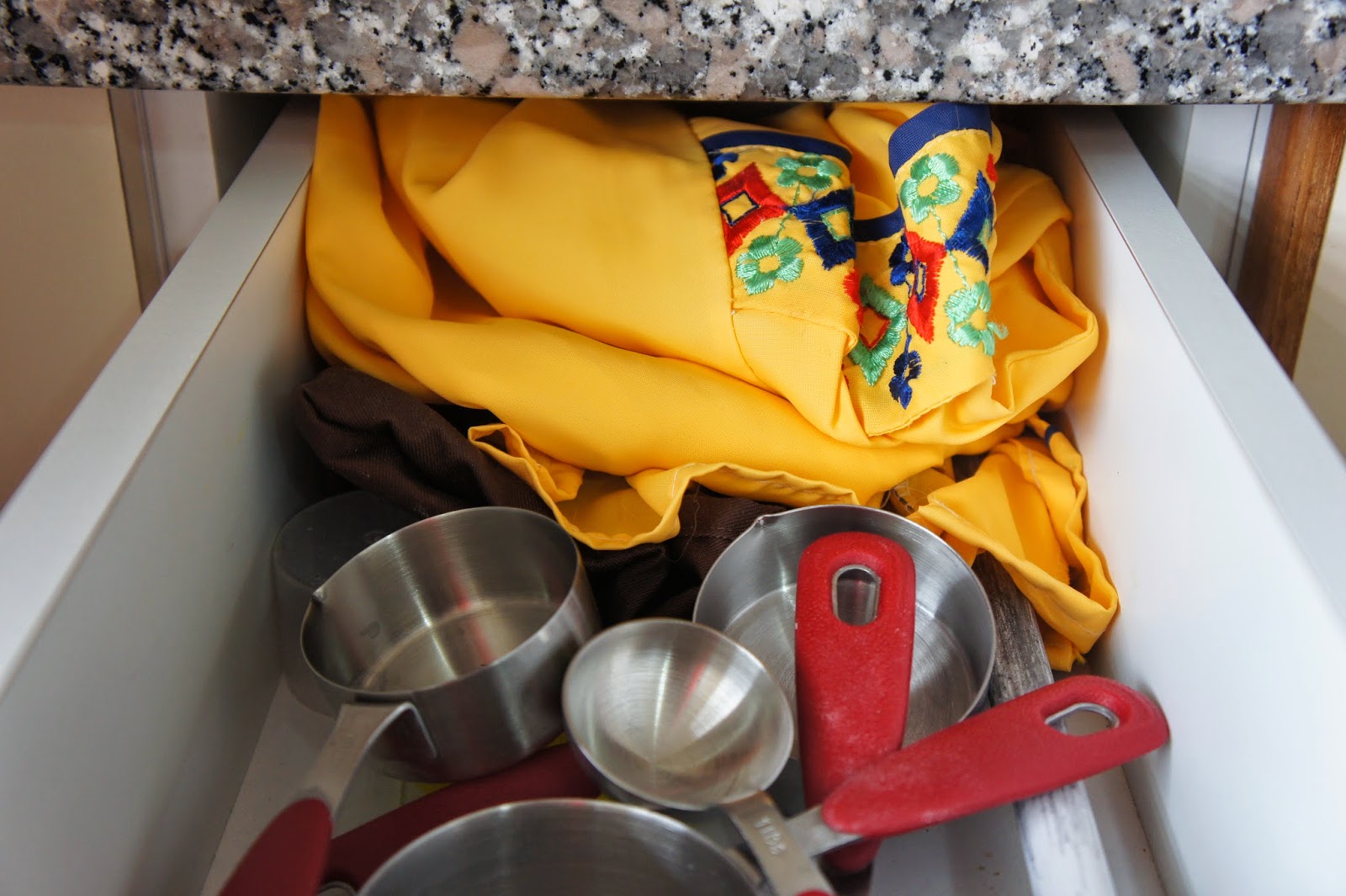 This is my maternal Oma's "company apron." Meaning this is the apron she would put on when the company arrived so they wouldn't see the apron she wore while cooking.  It's in the same drawer as my knife steel. My Opa was a butcher. He actually taught me how to sharpen knives. It works. 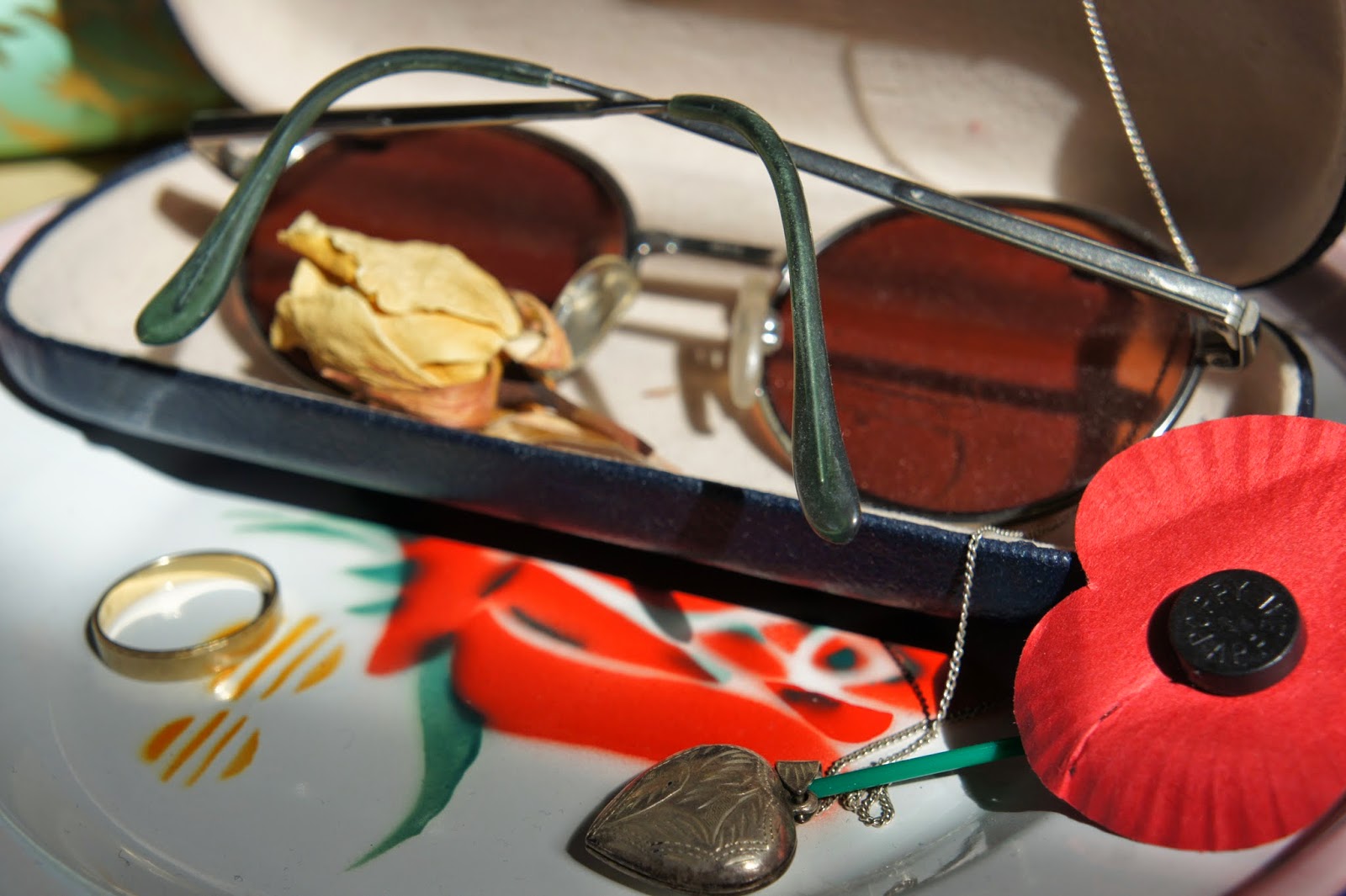 These are my paternal Oma's sunglasses from many summer adventures in the car, picking strawberries, going to the farm, shelling peas (yes people who think I'm nothing but a city kid, I can shell peas.) It's accompanied by a ring my Opa got on their wedding anniversary. My Oma had a matching one. It has his name and the year engraved inside. They were in Germany on their 30th wedding anniversary so they thought they should mark it some how. So they bought rings. 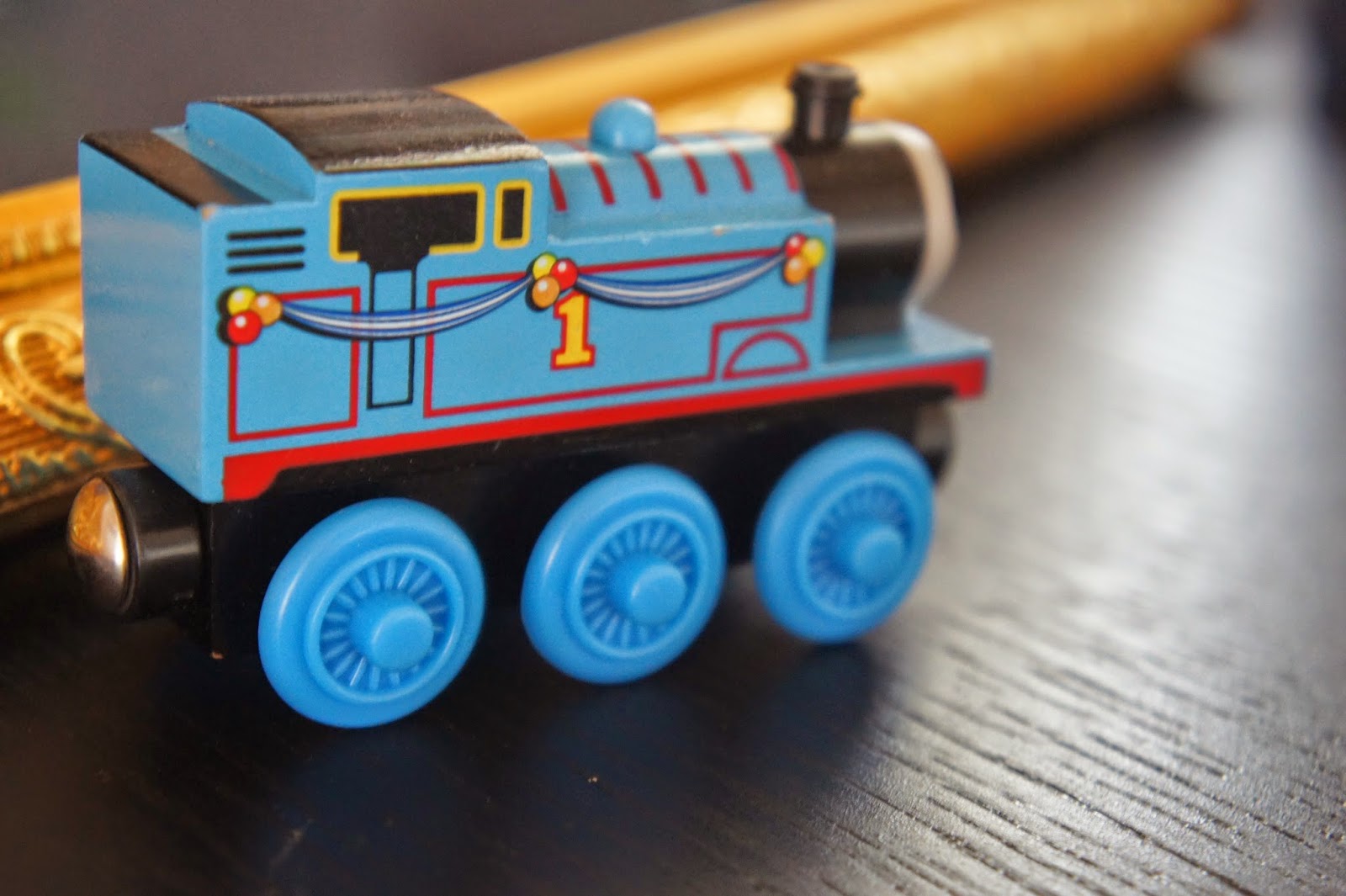 What is a 30-year-old woman doing with a Thomas the Tank Engine? Well this 30-year-old woman has a godson who loves Thomas. This godson is currently the exact same age his big sister was when we moved to Switzerland. *cue broken heart.* This isn't just ANY Thomas according to him. No. This is a birthday Thomas. Note the balloons and streamers. AND he didn't pick it out for me in a store. No. This is one from his personal collection. Yup. It's HIS Thomas. Well one of them. He gave it to my best friend to sent to me for my birthday. This little train from my very favourite little boy has traveled a long way to sit on a table in my living room. John and I plan on taking it with us when we travel kind of like a flat Stanley and taking pictures of Thomas having adventures for our godson to see. 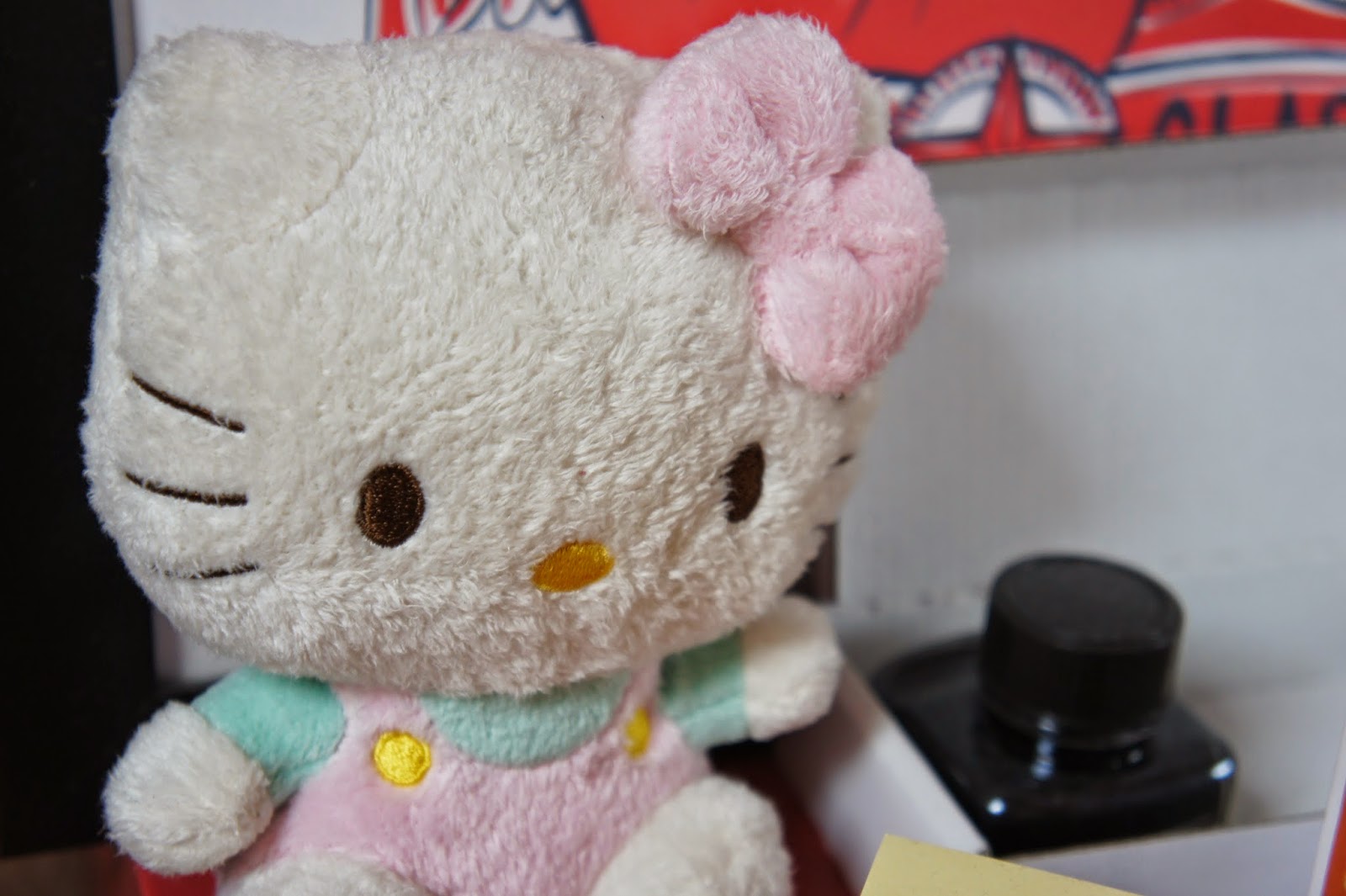 Of course I have a hello kitty. I have a Thomas don't I. Well this hello Kitty is from my goddaughters private stash. A stash her mother and I created with her in a fit of what can best be described as bestie shenanigans. We bought 5 identical Hello Kitty's because they were on a steep discount. We even pooled change to buy them. I'm not kidding. And if you're going to ask why I will simply reply, why not. My goddaughter was with us when we did and she thought this was seriously the greatest thing she ever witnessed. The plush toy is not only one of my favourite memories about my goddaughter but one of my favourite memories of my best friend and the stupid but fabulous ideas we have.

To most people it's all just stuff. Things. The things aren't the memories the things are just a physical representation of a moment in time and if they suddenly disappeared the moments and memories would still be intact. But at the same time I would be devastated. It's not just stuff. It's pieces of home and people and love. People who are gone or very far away.

This stuff sits in little corners of the space we've created for ourselves and allows us to smile and feel a connection with the family from 7000 kilometers away.
expat living goddaughter Godson Oma Opa