20 things I learned from the Moms in my life 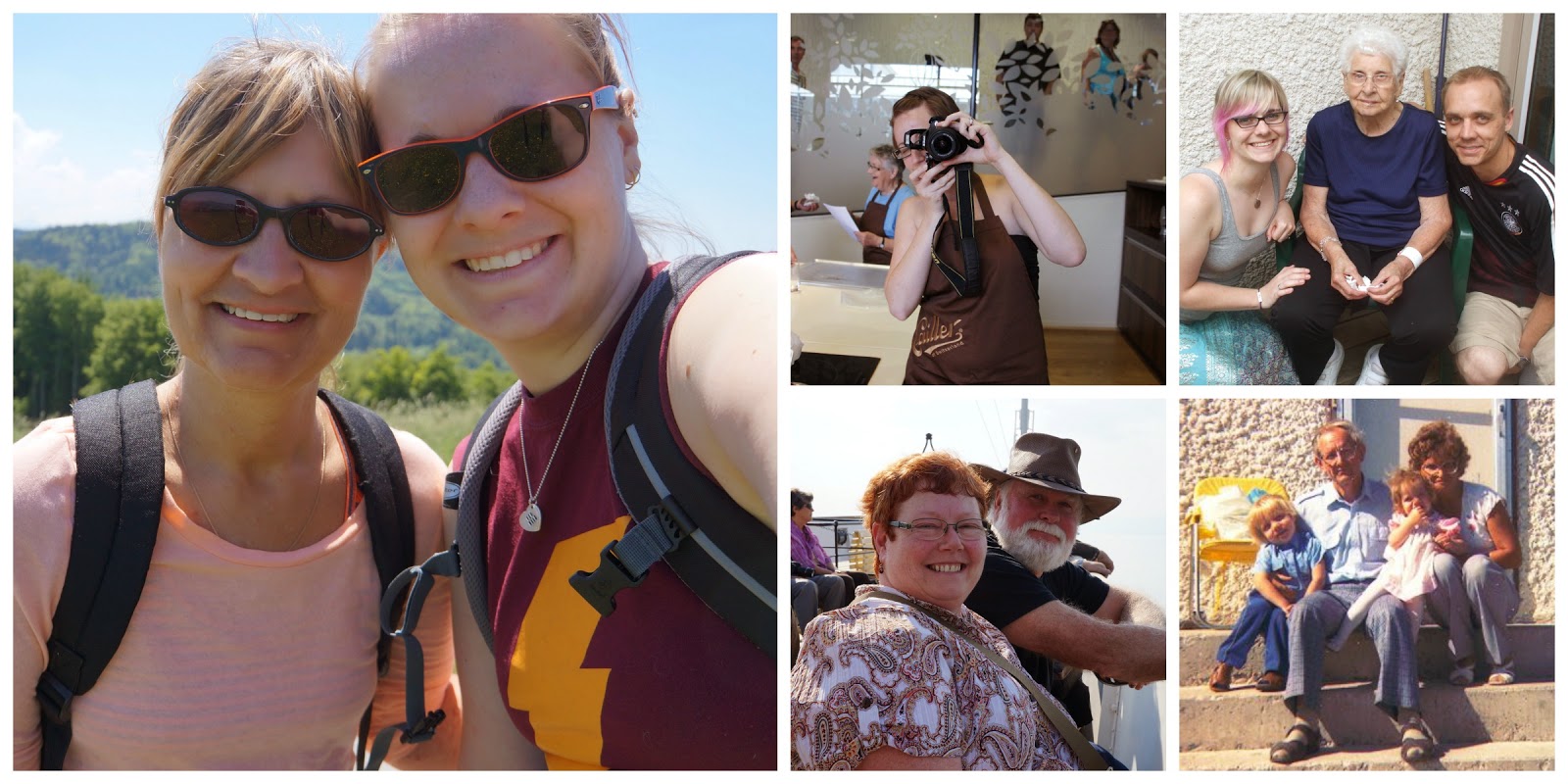 It's Mother's Day and I'm not a mom. But I have a mother, a mother-in-law, grandmothers and a best friend who is a mom. So I get the honour of celebrating these ladies today for the awesomeness that they are. The best way to honour someone I've always felt was by telling them what they taught you.

5 things I learned from my mom

1. Unload the dishwasher before going to bed. There are few things more annoying that not being able to find a coffee mug first thing in the morning because they're all still in the dishwasher.

2. When you can't think of something to do, read a book. While most kids were told to clean their rooms when they were bored (my mom said this even when we weren't bored) we were always told to read a book. Always. Even my brother...who hates reading (we don't like to talk about that.)

3. We both can't have the red cup. This dear readers is a life lesson. My mom had Tupperware cups (you know the little plastics ones that everyones mom had) there was only 1 red one. It was much coveted by my brother and I. Let's just say we learned about disappointment early in my house. You can't always have the red cup which became a life lesson of you can't always have what you want....oh and trading cups with your brother when he isn't looking isn't nice.

4. Company napkins are important. Yup I no longer just put paper towel on the table and call it good (unless we're having bbq because well bbq isn't "napkin" food it's paper towel food.) I now have three packages of company napkins because apparently I'm a grown up now.

5. There are crumbs in my cutlery drawer. And this bothers her....a lot.

1. Kids are delightful little weirdos. Case in point, when my bestie was recently telling her son about a bad dream she had where she couldn't find him he informed her that she should have looked in the bushes because that is where he was probably hiding. Another pearl of wisdom from my godson, sharks like hamburgers. I've made a mental note of this fact just in case I ever find myself needing to cook for a shark.

2. Children's clothing is far more flammable than you might think.

3. Becoming a mom makes you stronger and braver than you ever thought possible. My goddaughter was born 6 weeks early weighing in at a mere 3 lbs and 10 oz. Experience my best friend not only become a mother but dealing with all the chaos that came with her being premature showed me bravery personified. The only person braver than my bestie is my goddaughter.

4. Not being a mom doesn't make me second class. I am not less than. I am a godmama and I am equal. Loving children that are not your own is just as important as loving children who are your own.

5. Raising kids is hard and sometimes you need a glass of wine to get you through.

5 things I learned from my mother-in-law

1. Johnathan cannot be trusted when there is a birthday cake in the freezer. Our pre-made icing roses.

2. Can't find Johnathan? You have two options, call the dog or check the roof.

3.  Fitting into a family can be hard work. Especially if you're the first "newbie" they've had in a while but eventually you'll know when to smile and nod and when to not. When to speak up and when it's just easier to keep your mouth shut and have another glass of slush.

4. It's family tradition that the married in women get their names spelled wrong so I shouldn't take it personally.

5. The family that I find myself a member of can be chaotic but in among the flurry of activity there is a hell of a lot of joy, laughter and dare I say it....love.

5 things I learned from my grandmothers

1. The answer to "did you eat something" is ALWAYS no...even when its yes.

2. The living room is for grown-ups...and Christmas.

3. Whatever society says you should be doing as a woman of a generation needs to be taken with a grain of salt. My paternal Oma worked on the farm, went to a year of post secondary school, married later in life. My maternal Oma was a working mom when my mom was little when most women didn't. My Oma Regina (she married my Opa after my maternal Oma passed away) married MUCH later in life. She lived on her own, traveled on her own and generally doesn't like wearing make-up.

5. You're never ever ever to old for Adventures.