Spend some time with John and Tatiana 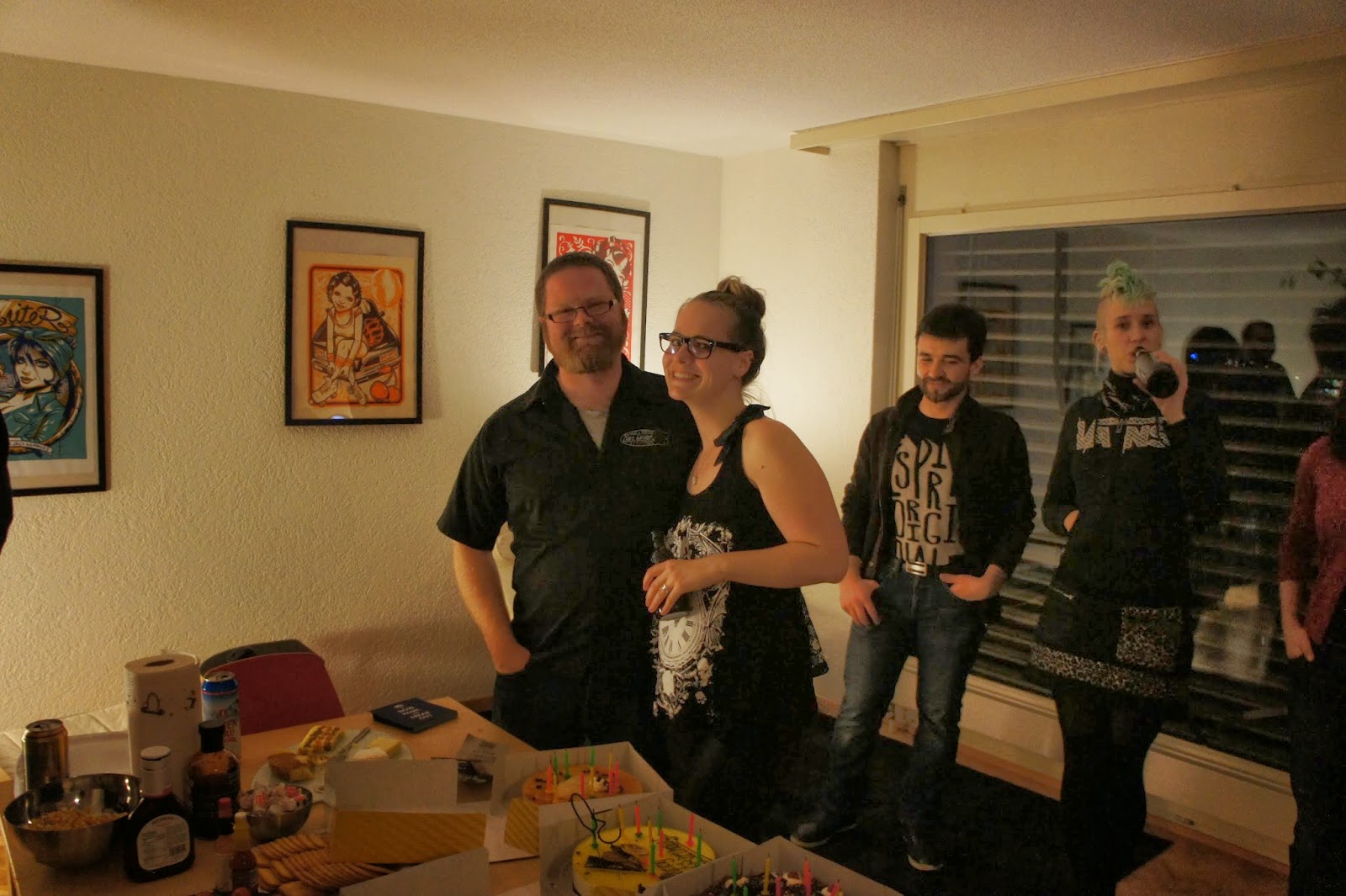 *at Fashnacht*
John: Hahahahahahahahahahaha you got scared by someone dressed as Rubrecht
Tatiana: HEY! I grew up in a German family OF course I'm STILL going to be scared of Rubrecht.
sidenote: In my defense it was a truly amazing...and scary costume.

John: Are you following me?
Tatiana: NO! I need something from my office...wow narcassistic much?
John: Am not. I just got home from being away for a week...I thought maybe you missed me.
Tatiana: GO BACK TO SINGAPORE!
John: What time is it? Because this has got to be a record for how long it took me to get on your nerves after getting home.

John: Lead on MacDuff
Tatiana: Okay Bert Macklin, FBI.
John: What?
Tatiana: You made a reference to MacDuff the crime dog...so I countered with Bert Macklin.....
John: It's McGruff the Crime Dog, Chicago Illinois 60652.
Tatiana:....but I thought it was MacDuff.....
John: Sweetheart....MacDuff is from Hamlet....you just confused Shakespear and a Crime fighting cartoon dog.

John: So I looked up on youtube how to iron a shirt.
Tatiana: ....really....
John: yup and I found one made by the people that made my shirts and I learned things.
Tatiana:....hmm...
John: like how to do the collar properly and the shoulders.
Tatiana:....so if I had told you 8 years ago that you could look this kind of thing up on youtube I could have have saved myself a lot of work.
John: hey! Didn't you just say you were very in love with me!!

John: So the meeting is going from 3 to 6.
Tatiana: Yeah I know...
John:...oh...Did I tell you that?
Tatiana: No I probably did the agenda for the meeting.
*later that same day*
Tatiana: how was your meeting?
John: Good, just sat in the back, tried to look important.
Tatiana: Was the agenda lovingly formatted?
John: Yes
Tatiana: did you bin it or leave it under your chair?
John: Left it under my...I mean...I kept it...and framed it...and put it in my office...so I can look at it fondly...but you can never see it.

Tatiana: I may have laughed when I saw a kid fall at the playground today.
John: And then you went back to your toffee walls.
Tatiana: What?
John: well they're more stable then gingerbread.
Tatiana: Wait...did you just call me a witch?
John: noooo.....I was merely pointing out your love of confectionery joinery.

Tatiana: Are you feeling particularly old now that your baby sister is 20?
John: I've felt old since I was 16.