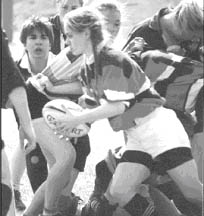 You see that girl? Yeah that's me.

Here's the thing though, the girl in that picture only tried out for rugby because she had a gym teacher tell her that she had no athletic ability. This teacher suggested rugby because it "doesn't require much athleticism." I just needed to be okay with getting knocked to the ground.

I believe a few things happened to be because of rugby. It's where I learned to be fearless, I learned to take a hit and I learned to love the knee sock! Rugby is where the person who would be Jam Buster the derby player was created.

But becoming the person you see in that picture or even the person you see in derby photos was not easy. I'm not an athletic person. Never have been. I still don't think I'm overly athletic. Fit, yes. In shape, yup. Athletic, pass me that bag of cookies. I've worked hard for every derby success I've had because I knew I was fighting against my natural tendency to run screaming from athleticism. I've worked hard because I was the kid who sucked at gym class.

Over the last few weeks I've been working on something that has brought up a lot of old feelings. I've been working on the first ever national roller derby team. Yup, I was making the roster for Team Switzerland with my amazing training crew. And I have to say, this is one of the hardest things I've ever done. And I moved to another continent with 30 days notice. 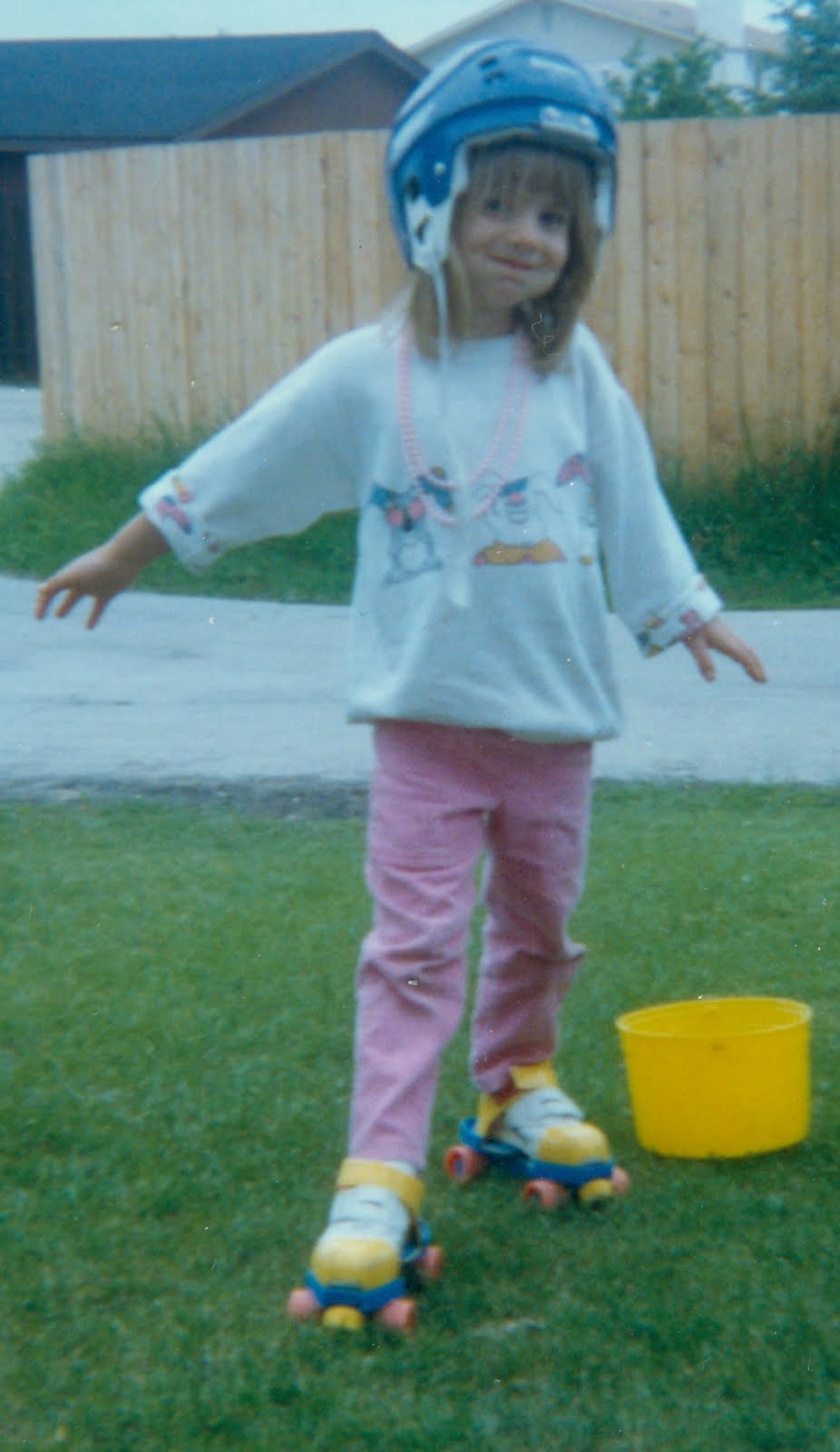 I've been the girl that didn't make the roster. I've cried about not making the roster. I didn't make a roster due to an injury (fractured toe.) Not even alternate. I was in the running, got hurt at practice and then I was done. No all-star team for me. I remember leaving the meeting where that all went down and sitting in my car and crying. It hurt. A lot. And I'm not talking a few tears. I'm talking full on ugly cry. I went home and cried some more. It sucked. At point I had been humbled so many times by roller derby that I didn't think I would take it as hard as I did. I felt like a failure. It was worse than being the last one picked. I was picked and then not.

So as I was sitting there moving post-its around. Going over tryout scores and notes. Re-reading applications I realized I would be the cause of someone feeling like I did. People weren't going to make the team. I couldn't do what my grade 7 Volleyball coach did and let everyone be on the team so everyone had a chance. And trust me, I wanted to. And I think my training team wanted to as well.

I knew being the head coach was going to be hard. I knew it couldn't all be good feelings and unicorns but this sucked! I broke hearts. I ended derby dreams. And no matter how much I try to justify or explain or understand that it had to be this way it still sucks.

Anonymous said…
Oh man, our entire group pretty much was 'the last ones picked' group. I must have blocked out the written part of the square dancing unit, and almost the entire unit itself lol. I think I was passed solely on written tests and pity frankly.
March 16, 2014 at 11:11 PM