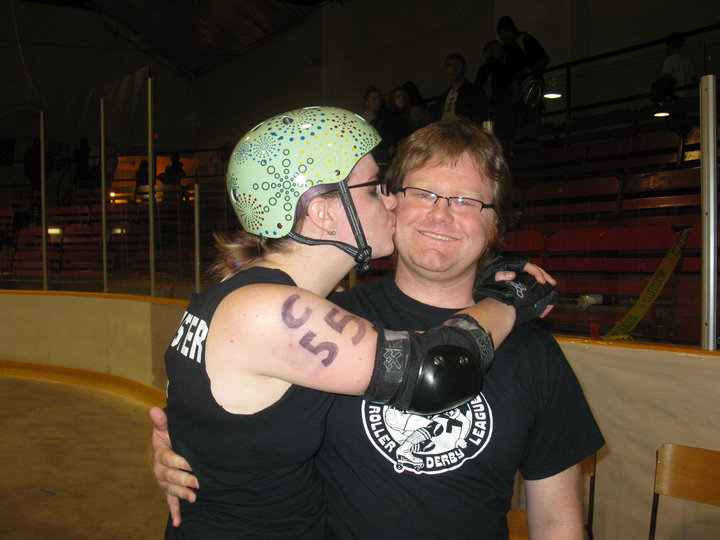 If anyone had told us we would one day be sitting in a hotel room in France enjoying what the rest of the world calls 'a good bottle of Bordeaux' but what we're told is mid range kind of okay local wine here we would have laughed at them.

If someone would have said to John at 18 he would one day have to turn down party invites from diplomats because he had already accepted an invite to a different party from a different diplomat he would have called you a liar.

If someone had told me on my wedding day the boy I was about to marry would be the reason we live in Switzerland one day I would have thought you were being kind but ridiculous.

If one of the veteran skaters had told me when I was fresh meat I had being a national roller derby team head coach in my future I would have probably asked them if they were concussed.

If someone had said that my little blog that was started to find myself again would lead to a Canadian Tire promo, an interview in Hello Switzerland and a place where other trailing spouses and expats find some commonality of experience I probably would have just thought you were being nice.

If a close friend or family member had ever said to me there will be a day, just before you turn 30, where you try on a two piece swimsuit and fall in love with your body again. I would have called them insane and asked them to pass the bag of cookies.

In all this reflecting John and I have been doing as of late (maybe because we're old or maybe because we're getting close to three years abroad or maybe both) we've realized we wouldn't have lived our lives any different regardless if we had divine foreknowledge or not. Life just wouldn't have been as interesting. We would have missed the life that was right in front if us. We just muddled our way through and just hoped we didn't kill each other on the way.

We had dreams. Certainly. For ourselves and for our marriage but what we've been given in return for our hard work is hard to quantify. Hell, it's even hard to put into words a lot of the time. But I'm a writer so I take a stab at it from time to time.

If anyone had told us any of this we probably would have thought it was all totally ridiculous. But here we are, living ridiculously and feeling incredibly blessed every step of the way.