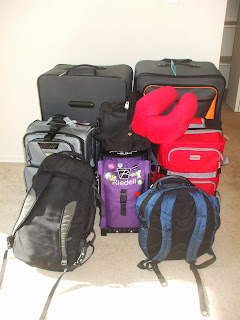 One fateful morning in June your significant other bursts into your bedroom way to early in the AM to announce they have just received a job offer in Switzerland.

After shock and the desire to throw up wears off you find yourself excited, over the moon, amazed and....terrified.

"We don't know anything about being expatriates!!" You cry. Not yelling or shouting....you say this actually crying because that's how scared you are.

This may or may not be based on actual events.

There have been days in the last two years where I've felt like I've got this whole expat thing NAILED! Like the day we got bank accounts or the day John was approved for a credit card or the day I was able to understand one sentence of Swiss German. I was totally winning at being an expat on those days. Other days, I wanted nothing more than to hide under a rock until this whole expat thing was over. Like the time I was so depressed I didn't leave the house for 4 days right after we got here. Or the time we found out Dylan had passed away and our hearts broke in a way we didn't think was possible. Or the time where we both had to accept we would not be there to say a final goodbye to our grandmothers. Those days....not so much winning.

I've always felt my little corner of the interweb served a larger purpose then just hearing myself talk. I've always felt it's my small way of letting some other expat out there know that it's okay. Sometimes doing this is stupid and sometimes it's the best thing to ever happen to you. Either way, you can do it and whatever is going on you'll be okay.

With that in mind I want to give you my guide to surviving this expat thing that no one really gets unless they are or have been an expat. 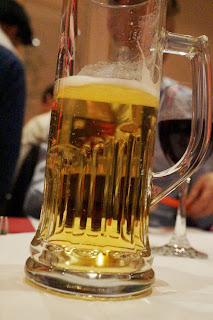 1. If you're from Canada and you find yourself among Russians, ALWAYS know the score of the final score of game 8 of the 1972 summit series. *ppppppsssstttt....that was 6 to 5 for Canada. Thank you Grade 11 Canadian History teacher!!* This will immediately make you the best friend of any Russian you might meet. No really. What will make you like family though is knowing that the deliberate injury of Kharlamov by Clarke in game six changed the course of the series and may or may not have been the reason Canada ultimately won. These two pieces of hockey wisdom has made me many Russian friends (my husband works with a lot of Russians.) The reason it comes up usually is because they hear my name is Tatiana and then immediately start speaking Russian to me. I have to sheepishly tell them I know only one phrase in Russian, "Vy shpion?" (are you a spy?) So I drop some hockey knowledge on them and ta-da bestest friends.

2. Learn to say Cheers in as many languages as possible. Here's a link for "Cheers" in 27 languages. Also learn the cheers etiquette for your particular culture. In most parts of Europe you're required to make eye contact when you clink glasses. This took us by surprise. We're Canadian, so when you clink glasses you're more concerned about not spilling your drink. So to avoid the possibility of 7 years of bad sex make sure you find out if you need be glaring at someone while you say "PROST!"

3. When you're an expat you get some of the best mail ever. Seriously. And people say letter writing and sending packages is a dying art it's not. Here's the thing, those boxes and bubble envelopes will contain things you want to cherish, save for a special occasion, savour. Like, I don't know, Ketchup flavoured Old Dutch chips. Be honest with yourself and just devour that bag as fast as possible. There's no shame in that. You know you want to. Just do it. Because that taste of home can turn around ANY crappy day. Or even a "meh" day. Hell, it can turn a good day into an amazing day! Whether you make your poutine gravy now or later either way it's going to be gone so you might as well enjoy yourself rather than squirreling it away for a "special occasion" because as far as I'm concerned someone sending you cool mail is a special occasion.

4. Tell people about the crappy things. When we moved to Switzerland and because the husband works for a UN organization people got it into their heads that our life is nothing but dinner with diplomats and drinks with people who are saving the world. It's not. Sometimes it's sitting at home on a Friday night watching hilarious cat videos on youtube. Sometimes it's yelling matches about stupid things like shoes or laundry. Sometimes it's after work drinks with the husbands co-workers who would tell you that they're just doing their job and not changing the world. Sometimes it's being homesick, annoyed at your new country, struggling to get a handle on your new life and feeling like you live on the moon and not Switzerland. Sure you want people to think you're having the time of your life, and you are, but sometimes a little honestly will remind those you left behind that you're not on vacation, you're trying to learn how to live some where else.

5. Homesickness happens. Feel it. Don't repress it. If you repress it then one day it's going to explode over the silliest thing, "The way you passed me the butter this morning has made me think this is not going to work out!!!" Cue tears and gnashing of teeth. Just feel it, acknowledge it and move on.

6. Get a really good long distance plan. We chose our phone company based solely on the fact they offer free calling back to Canada.

7.  Smiling and nodding will get you pretty far.

8. This is hard. But remember you're not alone and take time to sit back, sip some wine and be in awe of surviving this long without a) giving up b) losing your mind and c) how friggin' awesome it is to live where you are.

I will have to remember this little ketchup chip love you've got! haha