That time I got a job 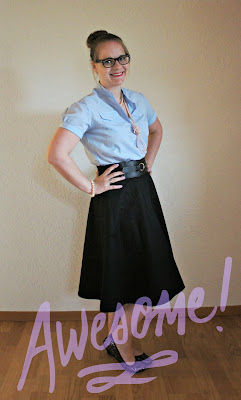 When we moved here Johnathan told me to take my time settling in. I didn't need to rush into the work force. I could finally focus on my writing 100% rather than have it been something I did when I found the time.

So I've been here trying to be a writer and then later after a lot of rough drafts, tears and dangling participles I found out I was in fact a writer.

Here's the thing about being a writer, when you tell people that right after the question, "well what do you write?" comes the second most popular question of, "well what else do you do?"

ha, and you probably thought it was going to be "where can I read your writing." That's generally the third question I get.

I've been on the fence about the whole getting a "real" job for a while. Freelancing isn't a lucrative endeavor when you're first starting out. I applied for job as they came up that I was interested in but overall I just stuck to freelancing and having lots of time to doing other things.

In May sometime I fired off my resume to an ESL school that was looking for an English teacher. In a former life I taught English as a second language. Like the travel writing it's something I can do from any where which is great if you're married to someone who is hell bent of globetrotting for the rest of our marriage.

I got a reply stating they have just hired someone but they would keep my CV on file. Sure, we've all heard that before. But guess what? They were telling the truth. They totally kept my CV on file. I got an email last Saturday. They wanted to interview me on the 7th. Fabulous!!

Here's the thing about job interviews, no matter where you are in the world, job interviews are stressful. Added to that stress was John, the person who usually reminds me not to freak out before an interview, was half way around the world. Oh and our most recent heat wave. Good stuff.

The 7th rolls around. It's John's birthday. Hooray!!! And it rains! HOORAY Squared!!! Sure the rain called for an outfit changed at least I wasn't risking showing up in a sweaty mess.

I won't go through all the interview details here because really all you need to know is I walked about of there with a job offer!

I'll be teaching ESL at a school specializing in one on one tutoring, small groups and corporate lessons. I don't start until Sunday and I will work on an as needed basis. Between 2 to 20 hours.

So I'll still get to write, I'll still have to travel and I'll have something outside of the house that will be all mine.

So, who has two thumbs and is exceptionally happy? THIS GIRL!! 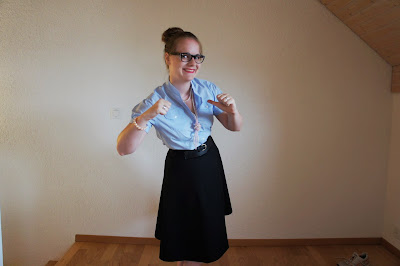 Erika from America said…
Congrats on the job! Woohoo! :)