I swear I have good reasons for why I haven't been around much. No really I do!

1. My parents are here. Yup more visitors. They're at the tail end of my dads sabbatical year and they were in Italy for the month of May and they're here until Mid-June. Yes here as in living in our apartment...with us. Yup. My mom has cleaned the crumbs out of my cutlery tray by the way and it was easier just to let her vacuum the other day than it was to fight her about it.

2. Summer has finally arrived. It was touch and go for the 10 days while John was in Madagascar (where he fed lemurs bananas...jerk.) But I think...touch wood....that summer is here to stay. Woohoo. What does that mean? I've become the dubious gardener. John and I have a balcony and therefore we have space for a little balcony garden. Last year we had a few plants just to try it out to see if we could actually do the whole container gardening thing. This year bolstered by our success last year we've expanded "Ham-Tin" farms. This year we have spinach, peppers, peas, lavender, tomatoes, mint, chamomile, cucumbers, roses...rosenplants if you will, lemongrass, a ficus named Gildenficus, a peace lily, some wasabi and a venus flytrap named The dentist. Yes, we've named our plants. I've been playing in the dirty quite a bit and I haven't killed anything yet. HUZZAH!! 3. With my parents being here we've been out doing stuff. Mostly I've been out doing stuff with my mom because my dad is spending some time in the word mines aka my office finishing his book...aka what he's spent most of this year researching, writing and working on. My mom and I have gone hiking and shopping. I showed her how to make chia seed crackers and tomorrow we're off to the Cailler chocolate factory to take a truffle making course. On Saturday we saw Switzerlands oldest library. It was magical. It's considered on of the most important non-sacred baroque rooms in the world. Thursday evening we're headed for Paris where we'll spend Friday, Saturday and Sunday morning.

4. I've been working on my Skillshare class. Learning HTML is a lot harder than I thought. Plus trying to brainstorm the revamp of this blog (yes again) is even harder.

5. I hit a creative wall that I've been banging my head against with my travel photography final. I think I finally figured something out...I think...and now I'm currently figuring out if it will work or not. I had an idea previous to the one I currently have which was cool but kind of impractical in the whole "pulling it off" department. It was cool in theory but totally not practical logistically.

6. I've been working on scheduling posts but failing miserably at it. But try again...fail better right?

7. My glimpse application will be the death of me I know it.

8. In a fit of bravery I submitted a photo to a photography contest and a small bit of writing to a writing contest. You can vote for them here and here. 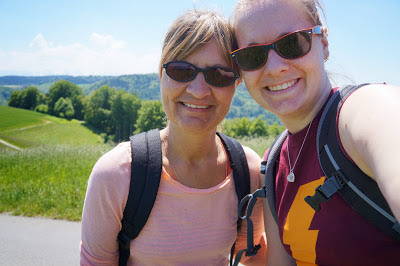