The 5 stages of grief when your camera breaks 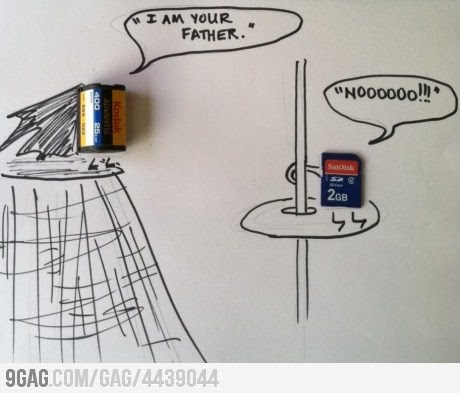 Last Wednesday evening a rented East End of London flat I realized something had gone terribly horribly no good very badly wrong with my camera. Aka my new Song Nex micro four thirds camera that was lovingly gifted to me for Christmas from Johnathan saying this would be the last present I would get for a while. I had plugged my camera into John's laptop to charge. I wandered back before bed and realized it hadn't charged. Oops maybe I left the switch in the on position, it won't charge if that happens. So I switched it to off. Nothing. No little orange light to tell me it was charging. Huh...maybe the cable is messed up. I took the cable out of the usb and put it back in.

Something moved inside the usb port. That's not good. I took the cable about again. huh...the port shouldn't be pushed into my camera like that.

Cue the 5 stages of grief.

Denial - "New camera don't break. It's new therefore unbreakable!" I'm not sure why I thought this. Because it was OBVIOUS it wasn't the cable. I sat there in stunned silence for a while. My camera is 4 months old, it couldn't be broken. Something just could not be busted. This was impossible in my mind. Brand new fancy things like my pretty pretty really whizz bang camera just don't break. Just like if you break cookies in half before you eat them only have half the calories because some of them fall to the floor when you break them. True story.

Anger - *long string of expletives* Once I was finished being completely delusional about my situation. I got mad. Like Jambuster mad (people who know me in real like will know what that means.) I began to swear. Using several of my favourites and several that even I didn't realize I knew. John came in after hearing my profane proclamations. He took my camera and had a look himself. That's when the 3rd stage kicked in.

Bargaining - "I will stop with the annoying selfies on instagram, no more pictures of what I'm eating, I'll be more mindful of my f stops and my horizons...." I was not only trying to make a deal with the universe but St. Veronica herself (patron saint of photographers) yeah I'm not catholic...hell the catholics liked to drown mennonites at one point in history but at that moment I was willing to bargain with ANYONE.

Depression - "We should just go home...there's no point in being in London anymore!" John assessed that this was probably something we would have to go to the Sony store about. The usb was more than loose it have come detached from the inside. Of course this sent me spiraling. We might as well pack up and head to the airport in the morning with the in-laws. There was no point in being here anymore. Especially if I had no way of charging my camera battery. Exporting wasn't a big deal. The lack of charging was. There was wailing and gnashing of teeth and threats to throw myself in the Thames in a very Ophelia type way. John, being the logic to my chaos and told me to knock it off and just email Sony, tell them the problem and then head to the store in the morning to see what they could do to help. I knew there was a reason I married him.

Acceptance - "It's going to be okay, trust the process." John composed an email to Sony (he's good at technical diplomatic emails...it's like its part of his job...) I hit send. In the morning I moped but we went to the Sony store and they were amazing. They charged my battery and they showed me what I should get on the website in regards to an external battery charger. I heard from one of the customer service reps via email saying they escalated my issue but it might take some time. So I've accepted the USB port is busted. I don't like it. But I've accepted it. I exported pictures to John's computer and with his computer magic he put them on my hard drive without even telling me. He just said "they're in your picture file now with the date as the file name." Magic I tell you!


about me photography travel

Anne Marie said…
When I hear stories like this, it makes me incredibly happy you found John <3

Unknown said…
So happy you did not get stuck in depression and throw yourself into the Thames in a very Ophelia type way! Loved your post. Acceptance is good. Hope you had an amazing time.
May 8, 2013 at 8:20 AM