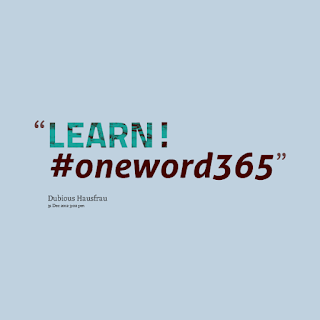 We're 9ish weeks into 2013 so I thought we should have a look at how I'm doing with the my one word for this year. It's been nice to focus on a word rather than a specific action because the word leads to action. 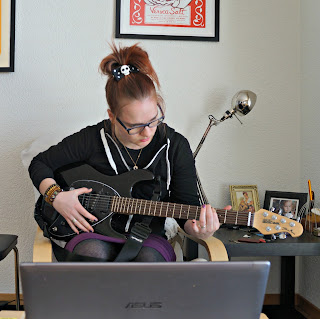 Yup...that's me learning to play the guitar. No that's not the acoustic I bought just after Christmas but a guitar we borrowed from a friend. Over the weekend John bought "me" Rocksmith. I say  me in quotation marks because this is how it all went down...

Tatiana: Oh, is this that game you were telling me about?
John: Yes, rocksmith. I will buy it for you....but we'll have to put it on my computer.
Tatiana: Oh it won't run on mine?
John: Not as nicely.
Tatiana: So...it's not really for me.
John: I'm buying US a game.

So for my acoustic to work we need to get a pick up for it. Which we'll look at when we're in Germany this weekend. But a friend of ours let us borrow his electric so we could try the game. So yeah...I'm learning to play the guitar. YAY!!!

- I'm learning how to use Lightroom and Gimp. I was a very basic level Gimp user but its coming along. Lightroom is pretty cool. I use to be quite the whiz at photoshop but if you don't use it you lose it right. Although learning them at the same time...not so smart.

- One of my 30 before 30 things is to be more present. I'm working on that. I'm an obsessive multitasker. John and I both are pretty bad workaholics as well. When we're focused, we're really focused. It's not uncommon for us to watch TV and both of us to be on our computers doing something else. Or I'll be making dinner and working on my photography course at the same time. I'm really working on doing one thing at a time. There's good multitasking (putting in a load laundry while cookies are baking) and there is bad (doing three different things at once and not completing any of them.) I'm working on getting a handle on the bad multitasking.
- I'm a writer...not some chick playing at being a writer. Or someone who is trying to be a writer. As my dear Macy told me...I'm a legit writer booyah!