10 years since a failed Valentines Day 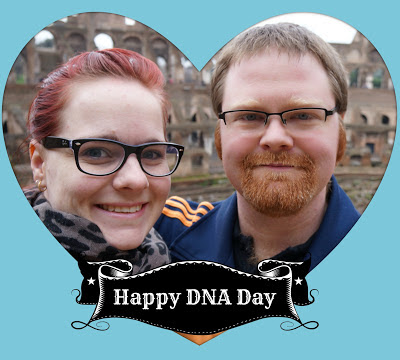 10 years ago John and I had our first Valentines Day. Which his roommate at the time ruined. He stayed home, burned some stew and potatoes and made us watch a foreign film with him on an old TV that cut off the subtitles. One of our dear friends who would end up being one of John's groomsmen witnessed this historic day. We didn't have major plans. But we did have a plan for roast chicken subs, wine and a movie. John actually bought wine. This was a big deal for poor studenty us. Then when his roommate FINALLY left to take our mutual friend home. We were relieved. We thought, "lets salvage the evening and run to 7-11 to get slurpees and then we'll spent the rest of our evening watching hilarious youtube videos." This is still one of our favourite pass times. We return from 7-11. We were gone NOT EVEN 10 minutes. And roommate was back...with a group of different friends. And they were on Johns computer watching a movie.

I wanted to cry.

So we did a do over. On the 16th. When all the Valentines candy and chocolate is discounted. The restaurants aren't crowded. Flowers are back to being reasonably prices and there isn't glitter all over everything. Most gift given are adorned with big orange 50% off stickers.

So every February 16th we raise a glass of cheap wine to John's former roommate as a thanks for our weird little tradition.