5 Things about a Monkey 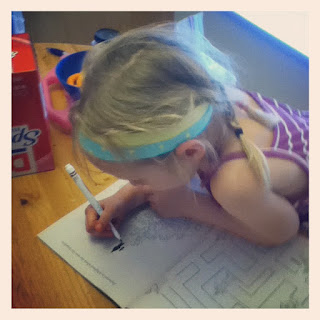 My godbaby of awesome turns 5 tomorrow. 5. That's kind of a big deal. And beyond awesome. Also a little heart breaking because this will be the second birthday I'll be here for. And here is no where near her. Sigh. In honour of Monkey and the epicness that is her. Here are five things about her.

1. She is stronger than you are. No really. She is. I'm not talking about physical strength, although she did wear out Johnathan in like 15 second flat when they were playing the in back yard. I'm talking about inner strength. She arrived very early and therefore very little. 3 pounds 10 ounces little. She was the same length as her daddy's hand. She spent a month in the NICU getting bigger, getting healthy, getting stronger.

2. She speaks more French then I do. She started french immersion school recently. And at this point she speaks WAY more french then me. But not as much as Uncle Johnathan. But I blow her out of the water when it come to German....not that I'm competing with a 5-year-old.

3. She's funnier than you. Monkey, she'll listen to me BUT she's hilarious to the point where I give up. I'm fairly sure that's her secret weapon. The first time I tried to be "the heavy" as it were and told her it was time for bed and to quit goofing around she looked right at me and without missing a beat said, "Auntie Tana, do you like my jammies?" I was done.

4. She likes Hello Kitty more than you. Yup, she does. She probably likes it more than you like most things. Even the things you like a whole heap. But I'll gladly take this obsession over her previous Dora obsession. 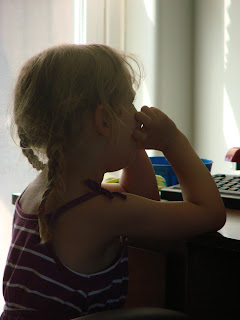 Emily Meyers said…
hello tatiana! I just found your cute blog and added myself to your follower! I'd also love to let you know about a fun Betsey Johnson Giveaway I’m having that ends soon! I’ll leave a link below:)

Hope you stop by and say hello, follow maybe? thanks so much lady!
Xo, Emily