The more you know

July 12, 2012
We learned the following things while at home in Manitoba, 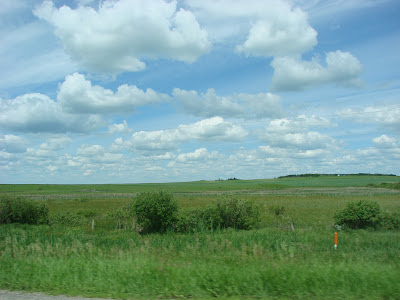 1. Apparently if you complain long enough and loud enough about your wife buying the WRONG goldfish crackers (I bought pretzel goldfish...shopping fail on my part apparently) your mom and your sister will take pity on you and buy you some of the RIGHT goldfish crackers.

2. Our cat Dylan DID remember who we were. He DID care that we were back. He SO cared. He proved it by shedding all over my linen pants, insisting on sleeping with us, taking my spot in the guest bed, photo bombing literally every picture I tried to take outside, pretending like no one loved him...ever and, pouting under the porch stairs for two days after we left.

3. We're WAY more popular and cool now that we're gone than we ever were when we lived in Manitoba. 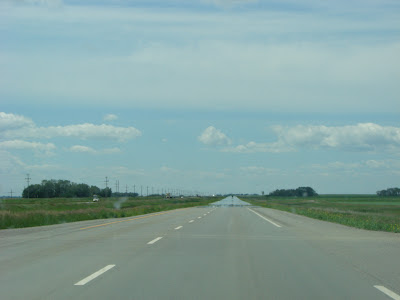 4. We don't fit in with our peer group any more. Or maybe we never did but never really noticed. A lot of them were talking about house shopping, renovating, having babies, having MORE babies, going to all inclusives on vacation and yard work. We were talking about going to Florence for the May long weekend and not owning a lot of stuff. Someone even went so far as to describe our life here as "cute". Yeah, I don't get it either.

5. The flat prairie is just as overwhelming as the skyscraper-esque alps.

6. Somethings never change and you find an odd comfort in that. Such as Pierson grad taking 2 hours even though there is only 11 graduates, brain freezes from Slurpees still hurt, being asked if I'm John's wife at his favourite small town Chinese food place never gets old (this is askedevery single time we've gone there as a couple, John has been going there for most of his life.) Construction every where, getting stuck behind someone turning left, getting annoyed with Brandon drivers and laughing hysterically at the random stuff that is said about us in the husbands hometown. "Oh that MUST be Johnathan and his wife, those shoes were obviously not from Canada." Bahahahahahahahahahahaha. 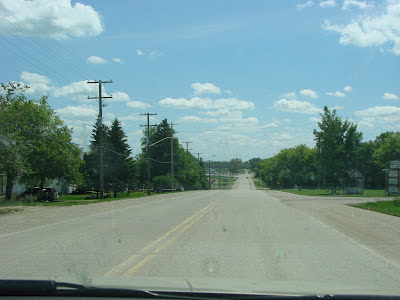 7. Johnathan sucks at selling himself. My goodness is he bad at it. Like seriously. Generally when people asked him what he was up to but obviously didn't know we were living in Switzerland he would say, and I quote, "Installing financial software." Seriously dude!? Let's try this maybe, "I'm working for the Universal Postal Union which is located in Switzerland and is a department of the United Nations installing money transfer software for post offices in far flung countries so migrant workers can send money home to their families." Self marketing fail husband!!

8. The people in your life that love you most make the most effort to not only welcome you home but to make it feel like you never left.

9. Giant Bananas built as a road side attraction will warp slightly on one side when exposed to fire. Also, they don't weather well.