X is for Xenophobia

April 27, 2012
It's silly to think any place free of xenophobia. John and I recently snickered at a joke about someones small town school only having 4-H and racism as an extra curricular (John would not confirm nor deny that his experience with a small town school was similar.)

I am fully aware of the existence of xenophobic attitudes having been on the receiving end of it for much of the 8th grade at the hands of an ignorant red headed boy named Chris who assumed German = Nazi who made a point of telling me that or calling me one on a fairly regular basis. Yeah a real junior achiever that kid.

I will admit though I hoped in my heart of hearts that Switzerland with it's chocolate, clocks, voting on average of 7 to 8 times and, world renowned neutrality would be different. I don't know why I thought that. But I did. Then we arrived at the Bern train station and came face to face with a poster for one of the local political parties. Having just traveled 15 hours hours to start a new life as transplanted Canadians we were welcomed by a poster from the Swiss Peoples Party that basically told us we were unwanted.

When I looked into this particular party I found out a few things. They make people like Margaret Thatcher look like a peace lovin' Hippy. They want to make asylum laws stricter. They oppose environmental laws. They are suspect of the equalization of genders.  They're biggest platform though regards immigration. They don't like people coming here to work and live that aren't Swiss. People coming to live and work in Switzerland who are not Swiss = bad. 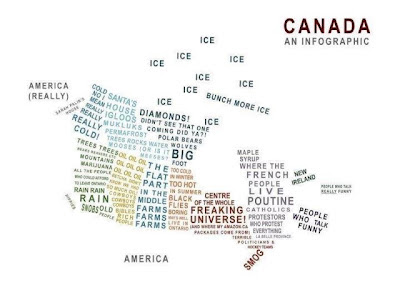 We have some very right wing political parties in Canada who fear change and are pretty suspect of immigrants but most don't make glossy posters proclaiming that fact. Or at the very least not in my riding. I didn't want to let one bad impression ruin how we experienced Switzerland, this after all was 1 political party.

I had to do some more looking. Not that I was worried for us personally. More because I was curious. Curious about the country that is touted for its neutrality and tolerance having a xenophobic streak most people don't realize. A 2006 study done by Geneva University found that over 50% of the 3000 people they surveyed were xenophobic in varying degrees. Uh oh. Admittedly most people rejected "right-wing extremist behaviour" and only 9% held xenophobic and misanthropist views, were scared of the future and could imagine using violence as a means to an end. Luckily it seems these people were not politically active. Though they did find that 50% of those surveyed did hold "some xenophobic views." Those range from those who are scared for the future to those who fear foreigners. But in true Swiss fashion the study also found compared to its neighbour countries, Switzerland is middle of the pack in overall xenophobia.

What have we found as foreigner here? I have had a few people refuse to speak high German to me. But I think this had more to do with their lack of comfort level with high German rather than not wanting to.  I've had one person refuse to speak English to me not because they couldn't but because they didn't want to. But that was in France. But for the most part the cliche of everyone loving Canadians has been fairly true. "Oh...hockey!!" and "I've been to Toronto" and "You don't speak French?" are usually the biggest responses we get when we mention where we're from. Most people figure out pretty quickly it was an international organization that brought us here and are very curious about Canada. Most people are shocked that as a Canadian I speak no French but am fluent in German. They're floored to find out there are more people living in their apartment complex than there are people in John's hometown. And they never tire of us regaling them with tales of how much public transportation sucks where we're from. Overall people are curious about us. Just as we are curious about them.

But we're not going to fool ourselves into thinking that everyone here is thrilled with us or the ex-pat community.
a to z challenge ex pat living Swiss Switzerland xenophobia