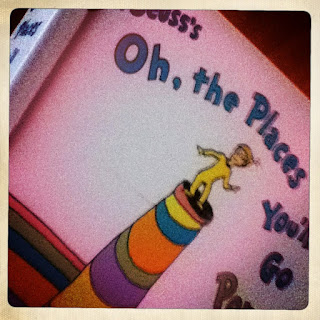 9 month ago today we said goodbye to Canada. 9 months ago we said goodbye to Manitoba. 9 months ago we plunked our butts into airplane seats trying to act way cooler about the whole situation than we actually were. We had no idea what we were doing. These days homesickness is less and less. Though we long for the feeling of the prairies. But the beauty of this place we've found ourselves isn't lost on us. It's been 9 months and we're still learning things.

1. When you're this far away from your family when someone you love dies, it's a blessing. Johnathan's Grandmother and my Grandmother passed away almost 2 months to the day apart. And we were here in Switzerland when both of these ladies were celebrated and laid to rest. It's hard to explain what that feels like. It's hard to explain what it's like to not be there. But at the same time you're not surrounded by people who are spouting cliches and platitudes at us. We're also not surrounded by people who wonder when we're going to stop grieving and move on. We've been given this gift of distance and time that would not have been afforded to us if we had been in Canada. There was no one here to tell us to move on. 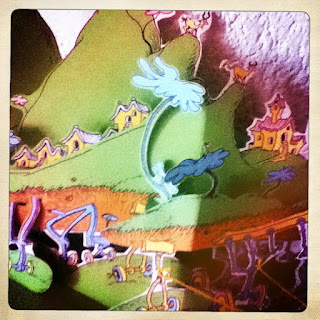 2. Winnipeggers = beach sand. They get EVERY WHERE!! Seriously. Not long ago I was standing on the platform of our local train station. This is not a big station. Not at all. We live in a smallish town and the train station has a small bakery and a news stand. I was standing there when someone asked me in very bad German if I speak English. I said yes and he looked relieved and commented on my fluency. I mentioned I was from Canada. He said, "Oh I'm from Winnipeg." I stared at him and showed him my Confusion Corner pin on my coat which had been covered by the strap of my bag. We stared at each other for a moment. There was a piece of home on a little train platform in the middle of the Swiss equivalent of nowhere. We laughed and I mentioned I was on my way to see another Winnipegger. He was looking for the embassy. I gave him the best directions I could and we went on our way.

3. We have heard the Canadian National Anthem about a million and a half times give or take. At sporting events. In school. When the CBC ends its broadcast day. But there is something about hearing your national anthem when you're living in another country. We haven't heard it since my last public bout in Winnipeg before we moved. But as we stood in an arena donning our Winnipeg Jets apparel looking at players who were from home and our national anthem rumbled through the arena we both found ourselves feeling far more patriotic than we ever have.

4. Early on I made the following statement, "I don't think I'll ever get sick of Sunday morning church bells." Yeah...you can. You totally can. Especially at 8:00 on a Sunday morning when you have a seriously bad sinus cold and you haven't slept well. Oh and you get angry when it happens again at 8:30...9:00...10:00...

5. Nothing says "Happy Easter" like a 1 kilogram Lindt chocolate bunny that is bigger than my handbag. 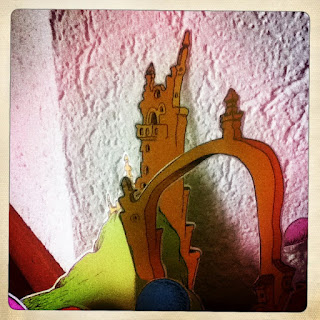 6. We're all we have when it comes down to it and if things go pear shaped between the two of us, we're screwed. It's that's simple. I had an EPIC freak out about a month and a half ago. As in, "dropped my basket." As in it was 1am on a Saturday and I started cleaning about my side of the closet. Not a good scene. We're old hats at knowing we need talk about things, saying we should talk about things and then deciding that means we we talked about it and then leave it until some one snaps. We got all our ducks on the same side of the pond and promised to stop talking about talking about things. We're working on it but we also remembered that we need to stick together. We need to take time to love each other and that as long as we have each other and snacks we'll be okay.

7. We've become very appreciative. Like ridiculously so. Not a week goes by where one of us doesn't utter the sentence, "Did you think time last year we would be (insert what we're currently experience)?" We're living in moments and experiencing them as much as possible because this could be taken away so quickly. We appreciate the little things. There is a rather fat cat that lives in the building across from us. We've named him "Fatty Catty". He's particularly hilarious to watch on his ground floor patio from our kitchen window. If I'm having a bad day, fatty catty usually does something to cheer me up. The other day it was him trying to catch a bird and failing miserably! We're super appreciative of random acts of kindness. A guy in Fribourg saw us looking at a map of the city outside the train station and I guess he noticed our Jets attire and kindly offered, IN ENGLISH, directions to the arena. He just asked if we were looking for the match and proceeded to tell us which bus to take and where to get off. We appreciative. Very appreciative.

9. You can in fact put a price on your family and friends. Our friends and family in Canada run about $3000 Canada.

10. No matter where in the world we are, singing, "If I have a million dollars" at the top of our lungs is still fun.

RadiantKristen said…
Your journey sound scary, but so exciting at the same time! Good for you for making that leap of faith to do something different.
April 30, 2012 at 2:06 AM

Sarah said…
I love all of these things and appreciate more than anything people like you who remind me that scary is okay sometimes. You just have to go with it and see what happens.
April 30, 2012 at 3:45 PM