B is for Bags 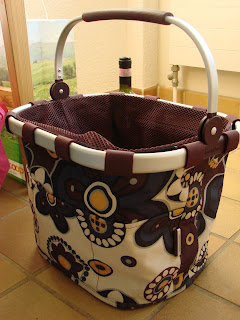 Switzerland is one of the the most environmentally friendly countries in the world. It consistently ends up on Eco-friendly countries top 10 lists. They wear their tree hugger way of life like a badge of honour as oppose to North America who wears it as a minor inconvenience.

Recently we needed to buy paper towels. We had a few cast iron pans that needed seasoning. We felt positively decadent! Oh how our attitudes changed. And it's not our home life that has gone green. No it's basically everything we can imagine. When we go to hockey games for a one time 2 franc deposit you're giving reusable plastic cup that is refilled as oppose to constantly receiving disposable cups. When you return your cup you get your 2 francs back. My favourite tea place as two "to-go" menus. One for disposable cups and the other for thermos or travel mugs. The travel mug menu is cheaper. Our canton of Ittigen (in North American terminology it's a suburb of Berne) not only has a car share, it's an electric car to boot. They taut it as the zero carbon impact car. They take their green living seriously here.

This hardcore green living lead to a certain amount of culture shock for us in the beginning. The biggest one came in the form of bags.

We liked to think we were fairly environmentally friendly when we lived in Canada. Then we were hit in the face with a very green environmentially conscious shovel (probably made out of old bits of recycled shovels.) First we found out we had to pay to throw things out. I know people will say, "so do I, it's included with my property taxes." Yeah well you don't pay for throwing things out like we do. You pay a yearly lump sum. We pay by the bag. And depending on where you live depends on how much you pay. We currently pay 17 francs (that's 20 bucks my Canadian family and friends) for 10 garbage bags. And these aren't your big roomy forceflex either. No. These are the kind you would use to line a small under the sink garbage can. Thank jebus they don't care how full you cram it!! You also can't just buy them off the shelf either. Nope. You use to be able to apparently. But then garbage bag theft skyrocketed so now you have to get them from customer service at your grocery store. Incidentally it's also where you buy hard liquor and cigarettes.

Recycling things like cans, bottles and paper products though is completely free. Most local grocery stores and some of the bigger apartment complexes have places for you to bring your non-paper recyclables. Your paper recyclables will be picked up at your home. If you're lucky like us our apartment complex as a dumpster for you to throw all your paper products in. No need to tie it together. If you're not as lucky you need to tie it all together in a neat bundle and leave it on the curb with your garbage. If it's not done right though they will leave it behind with a passive aggressive note saying, do it right. I wish I was kidding. 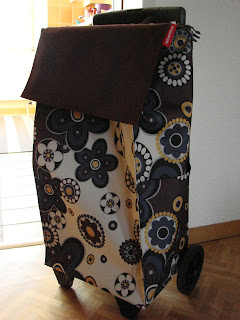 Then came the shopping bag wake up call. We had been on the cloth bag bandwagon for a while. And when I say we, I mean me. When we arrived here we had nothing in regards to apartment stuff so when John was working I was shopping for the first little while.

Like I said I've always been on the cloth shopping bag bandwagon. But when I was in Canada I wasn't THAT diligent about it. I didn't have to be because bags were ALWAYS readily available. So if I forgot my cloth bag at home it wasn't a big deal. The clerk would throw my purchase in a bag and away I would go. Some retailers charged 2 to 5 cents but that didn't really bother me. What's 2 cents? Here it is expected, almost assumed, you will have your own shopping bag. Oh and generally speaking you're bagging your own stuff too. The first time someone asked me if I would like a bag I was confused. I'm buying a kettle of course I want a bag. A few days later I was charged 20 cents for a bag. Ba? Then the next day I was informed in one store they no longer offered bags. Interesting. Finally I took a look around. Everyone had their own bags, or carts, or baskets. huh. I was the odd person out.

So to avoid any further public shaming we converted to being devoted reusable bag users. We now own a grocery cart for large purchases like cases of wine and bags of charcoal for our barbecue. Oh and trips to Germany where things are cheaper.  I have a basket for smaller trips to the grocery store and I have several cloth bags I keep in my purse at all times. I even upgraded the size of my purse to allow me room to put purchases in it.

This conversion has had an interesting trickle effect. We are far more aware of what we're throwing out. Like hyper aware. To the point where if I don't have to I won't put my produce in bags at the grocery store if I can help it. Our impulse purchases are WAY down because what we buy needs to fit into the bags we have with us. Its changed how we choose what to buy as well. If the choice is some fresh fruit or a bag of chips and there is only room left for one of those things, we'll get the fresh fruit. We've become hardcore recycling fiends. If we can recycle it, we will. If we can reuse something. We will. If we can get something that has no packaging awesome. I prefer to shop at the shoe stores that don't let you take the shoe box home, just the shoes.

I have to say I much prefer being eco friendly as a way of life rather than a trend you see back in Canada. It's a lot easier to do it when EVERYONE is doing it rather than just those who care enough.
a to z challenge environmentally friendly green recycle