The husband and I had to go to Ikea yesterday. We needed to get a couch and spend some giftcards we got for Christmas. Actually we were suppose to go last weekend. But someone whose name rhymes "Bohnathan" came up with every reason in human kind why we shouldn't go but wait until this weekend. This is his instant gut reaction when Ikea is mentioned in his presence. "Must bulldoze her pedantic logic and reason so she eventually gives up and goes by herself!" Which is a refreshing change from his usual, "Maybe if I don't move she won't see me like a T-Rex" reaction. Most of the time it works. I just throw my hands in the air, stomp off in a huff and tell him it will be a delightful excursion to Ikea solely because I won't be dealing with his "I'm been walking in the desert for 40 years" foot dragging through the assorted blorbs, Ektorps, Burstas and Ramviks. 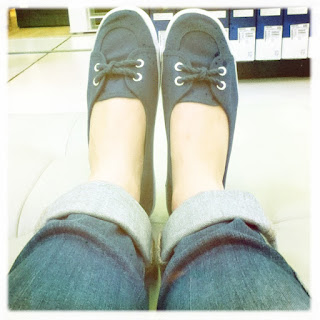 If we do end up going together it has to be planned with military precision and I have to promise him a beer with his 10 piece before we start and another with a hot dog at the end. He's less belligerent when he's fed. Mind you, so am I. On the train ride there we generally negotiate whether or not to go through the showrooms OR go straight to the marketplace.


The sad truth is that when you're an ex-pat you inevitably do a lot of shopping at Ikea. It's cheap, it's pretty timeless and if you have to get rid of it in a few years you're cool with it. And if you're me, it gives you something to do when your husband takes off to random countries and you're stuck at home and you have 27 boxes delivered. But we were determined this time would be different. This time we would not fight over lawn furniture or candle holders. I would not threaten to stab Johnathan in the cook wear department and he would not considering smothering me with an overpriced throw pillow. I was not going to cry and he was not going to become super president of the world in the silent treatment. Above all we were going to make it out still married!! The first thing we did was, not go to Ikea. No. We went to Ikeas neighbour, Conforama. The french answer to Ikea. Or as we like to think of it now, the good twin. We needed to pick out a couch and according to the flyers that were spilling from my mailbox they were having a sale.  We currently have Ikeas answer to a futon. Ick. 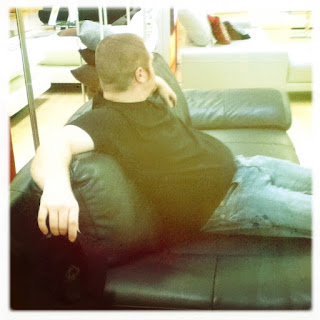 We walked into Conforama and were immediately overwhelmed with choice. Uh oh. We did a lot of sitting. Slouching. Lounging. Lying down. Flopping. Trying to settle in and putting our feet on showroom coffee tables. There was some Humming. Haaaing. Price comparing and muttering. I liked one couch that John told me I couldn't buy unless I was opening a bordello. I quickly vetoed the leather and tweed party barge of a sectional John had his eye on.


We narrowed it down to two. We walked back and forth between them several times. We listed pros and cons. We discussed room configuration and whether or not we felt it went with our cow hide throw rug. We eventually settled for a sectional that has a pull out bed underneath. We managed to achieve this without fighting. Go us! Then we discussed colour. Normally we've just taken it as is. But no we decide for once we would be grown ups and pick a colour. Ooo ahhh. We did this also without fighting. Our couch will arrive in 2 months as apparently they don't have plum coloured couches readily available. Whatever. Our lawn furniture on the other hand will be delivered tomorrow. 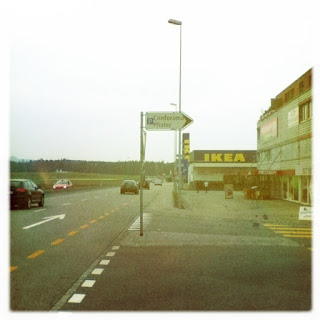 We left the store feeling happy, proud and confident. We just picked out a couch and colour without fighting. We were encouraged by this. We knew could survive Ikea this time.


We entered the evil twin laughing.  I think we were talking about books. We figured we would skip the food, the show rooms and go straight to the market hall. Awesome plan of attack! We will not be taken in by the fake living rooms and cosy fake kitchens!! We will not be seduced by the beautifully laid labels and custom wardrobes. We would be strong and avoid Johns lecture about how if it was just shows rooms and the warehouse or just the market hall and the warehouse and it would be grand.

Things were picked out. Things were considered and put back. Things were discussed for later. We were riding the couch buying high! There was communication. Discussion and even, dare I say, laughter. Yes he did ask why the candle room smelled funny but he asks that every time. But overall, we had quite the success trip. No really!! We celebrated at the end with hot dogs and beer. 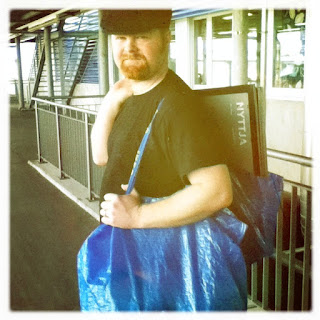 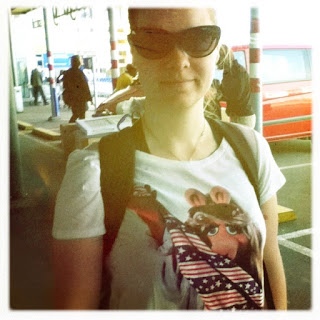