February 14, 2012
I was taught to be outspoken, that dumb was never ever cute or attractive and, that I could be and do anything regardless of my gender. I was taught to love myself as I am. That regardless of what society dictated I looked just fine...actually better than fine. I was just perfect the way I was. I was raised to stand up and stand out.

I don't entirely remember how The Vagina Monologues came into my life. I think I was in grade 11. A production came to Winnipeg and my amazing grade 11 English teacher was talking to the class about the controversy it tended to cause. It had previously been a blip on my radar but I don't know when or how. In that class with Mrs. Smith I had what Oprah likes to call an "ah-ha" moment. We talked about the use of the word vagina, we talked about the protests because they used the dreaded "c-word". We talked about if this was art or just someone trying make a quick buck. We talked about how the issues mentioned in the piece could be relevant in Winnipeggers in general. We talked about why people should and shouldn't care about this. I left that class with a mission. I needed to know more. I am so thankful it crashed into my life and opened my world far beyond my middle class grade 11 existence. Eve Ensler became a personal hero of mine instantly.

I've always been a feminist. Even before I knew what the word meant. Long before I even knew there was such a word. I was raised a feminist. I am fully aware that the word conjures different things for different people. I'm fully aware of the negativity surrounding the word, the assumptions, the preconceived notions and the outright lack of understanding it causes. The phrase "I'm not a feminist but..." makes my heart sad. I've heard them all, "I'm not a feminist but...I believe in divorce equality, I believe in women's right to vote, I believe violence against women should be stopped, I believe women should be allowed to keep their clitoris, I believe women should be allowed to drive cars, go to school, eat ice cream....but I'm not a feminist. The fear to self identify as a feminist annoys me. But I respect a persons choice not to put themselves in that particular box.

Before you start writing it off as a piece of angry feminist theatre and literature I implore you to learn a little more about it. Yes there are pieces about abuse, rape, incest. But there are also pieces about watching a woman giving birth and empowering yourself through self discovery. It's not what everyone assumes it is.

The Vagina Monologues reached in and grabbed my soul. V-Day did the exact same thing. 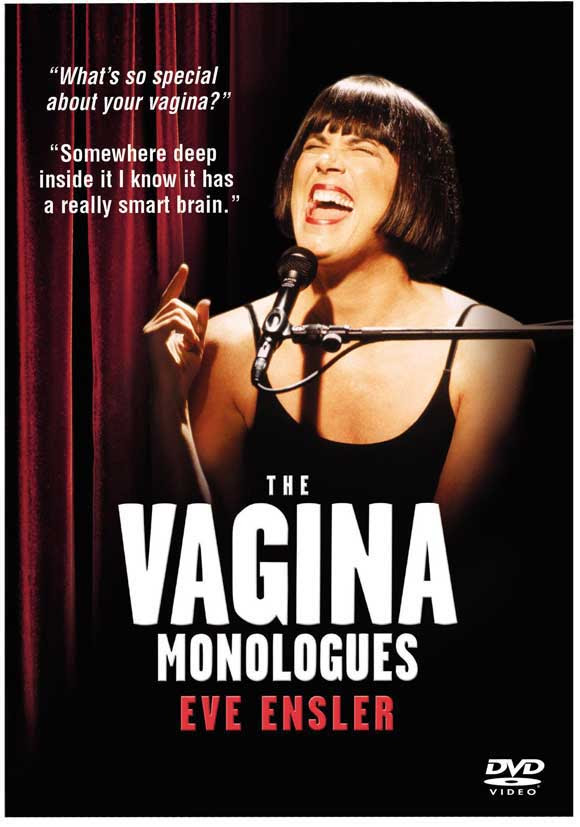 V-Day is February 14th. No no, not Valentines Day, V-Day. Oh, you haven’t heard? V-day is a global movement to stop violence against women and girls. V-Day is a palpable energy, a fierce catalyst that promotes creative events to increase awareness, raise money, and revitalize the spirit of existing anti-violence organizations. V-Day generates broader attention for the fight to stop worldwide violence against women and girls including rape, battery, incest, female genital mutilation, and sexual slavery.

V-Day’s mission is simple. It demands that the violence must end. It proclaims Valentine’s Day as V-Day until the violence stops. When all women live in safety, no longer fearing violence or the threat of violence, then V-Day will be known as Victory over Violence Day.

I have been privileged to volunteer at several V-Day events over the years. I've been humbled by my husband volunteering next to me at these events. I've experienced joy beyond words as I sat next to my best friend as she experienced a production for the first time. I've spoken at International Women's day events. I've planned and spoken at events dedicated to the National Day of Remembrance and Acton on Violence against Women. I've planned and moderated a political forum on women's issues. I've sat and listened to horror stories from the lips of women that came in the Women's Resource Center I worked at. I've been told its not safe for me to join my husband on some of his business trips because of safety issues just because I am a woman. I have come face to face over and over with the notion of how lucky I am to be born where I was, when I was and to whom.

So maybe this Valentines Day after scoffing overpriced chocolate and getting greeting card glitter every where take a moment and educate yourself. Find out if there is a V-Day production in your city or town. Find out how you can help. Tell a woman you know and love that she is beautiful. Tell a stranger they're awesome. Buy yourself flowers because you're worth it damn it. Do something. Because there are woman who can't.