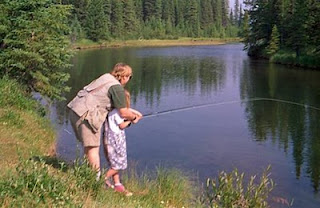 I was inspired today to write about being the kid of an academic based on a two text messages I received from my dad. I texted my mom asking for a topic I should blog about. I was having some writers block. My dad replied with, " why is a society of people filled with aesthetic superior to a society filled with aesthetic objects? I don't need the assistance of an undergraduate adled mind. I need answers to Schiller's theoretical propositions." I replied with, "I think I just got a brain cramp." His response, "So any enlightenment on the topic? Actually, I know the answer. I just wanted to see if you understood the questions. Blog on little girl." Apparently he's giving a paper on the topic in a few weeks in Berlin.

For the record, my dad and I always text in full sentences and full words. We're awesome like that.

Being the kid of an academic has it's pros and cons.

1. Your dad can confer your degree on you when you graduate with a BA from the University he is an administrator at. Note: If you are going to do this, make sure your mom knows to zoom in with the camera (yes mom I went there.)

2. You get to say the following to your grade 12 math teacher, "I'm sorry I'm late my dad was on the phone with Paraguayan dignitaries." Crazy thing is, my teacher believed me. Seriously, how could I even begin to make something like that up.

3. You come home from school one day and find a box of books written by your dad (that you had no idea he was writing becaue you're 12 and very unobservant) and you get to have your first taste of champagne. I was not however a fan of the cheese, I was cool with the crackers though. For the record, I've read the first chapter of the book but my husband has read the whole thing. He's the favourite child.

4. Academic parties have THE BEST food. Seriously they do.

5. Dinner conversation does not revolve around what one did that day. They generally revolve around your thoughts on the represenations of Jesus in modern film and the latest interpretation of classic German literature. Or perhaps we might discuss the current art on display on what remains of the Berlin wall.

6. Schedules are built around you. That was cool growing up. My dad could create his class schedule around my school schedule. Particularly when he was still finishing his degrees.

7. Days off school meant hanging out at the University sometimes in your dads office and sometimes in one of his classes. I attended a German language lab at the tender age of 7.

8. You end up with one hell of a vocabularly. It was quite the party trick to have me say the words, "Dissertation" and "thesis" when I was a kid (it was particularly cute when I still had a lisp.)

9. Healthy skepticism was encouraged. Which occasionally got me in some hot water in high school when teachers would ask opinions and I would offer one that would be completely opposite of what the teacher was suggesting. Teachers liked it, my fellow classmates...not so much. What's the quote daddy, "It fine to be smarter than everybody else just don't be telling everyone."

10. You have an upper hand when you enter post secondary education. No not because you can get in where ever you want or all the profs know you. Nope. You know EXACTLY what NOT to do in classes, when writing papers and when giving presentations. The things I've seen on papers and the stories I've heard acted as cautionary tales. Such as, if you're sitting at a 12% in a class that you rarely attended and didn't hand anything in for, don't dispute the grade, it pisses profs off. Further to that, don't hand in ALL your assignments for the course with the last assignment and expect to not lose marks. Oh AND Profs hate "non-contributors" as in, make sure what you're saying is relevant or you're wasting their time. Lastly, profs were once students, they've heard it ALL before.

11. When your dad is a German prof and your school is selling chocolate covered almond in support of the German program you are part of in school your dad will just take the box and tell people in the department, "It's so kids will learn German." You will ALWAYS sell the most chocolate in your class.

2. You sometimes end up smarter than your teachers which is not taken well. I corrected a substitute teacher once about a number of things relating to Germany during World War 2. I was told I was talking back. I was told I needed to stay in for recess for "sassing the teacher." *Back story: Grade 6, living in Newfoundland. I'm the only German kid in the school. It was a very small school. We have a substitute teacher who makes the sweeping remarks including that all Germans at the time were Nazi's. I'm offended. I correct him. Happy ending though: mentioned it to my dad and he showed up at school the next day to talk to my actual teacher at the end of the day.*

3. Other students will assume you're buddy buddy with all your profs.

4. Your dad knows when grades and transcripts are released. Oh and he has access to them. Not that my dad ever looked but he could have if he wanted to. This is a HUGE con when you've spent an entire year telling your parents your grades are fine when they're really not.

5. Being told "PhD canidate" is not a real job by your first grade teacher kind of sucks.

6. You know WAY too much about how Universities work which makes you a jaded student before you even get there.

7. You're not allowed to read Babysitters club, Sweet Valley High, Goosebumps, Boxcar Kids, Fearstreet or any other popular YA series of books. There is a rule against mass produced popular YA lit in our house. So when people mention these things I have a huge gap in my knowledge. All I know is second hand information. Also do you know how hard it is to explain you read "The Canterville Ghost" by Oscar Wilde for your grade 7 book report to all your friends?

You'll notice the pros far outway the cons. As they should. I wouldn't trade being brought up in an academic household for anything in the world. Sure it would have been nice to have been able to read a Babysitters club but at the same time how many 4 year olds were taken to see the Tempest at Shakespeare in the Park?

about me dad family