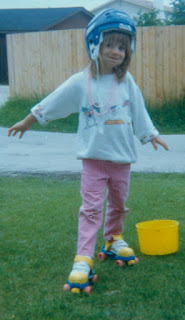 In an effort to let you get to know me a little bit better I thought I would tell you a few of the more interesting things about myself.

So tell me something interesting about yourself.

about me interesting introductions

Jake Hammell said…
I ate a doughnut from the trash can at work. It was still in the container, so I figured it was okay.

Christa said…
When I was growing up and my parents asked us kids "Would someone help with this, or someone do that." I was always the first to give in and went to do what ever was asked. This did not go unoticed, so now whenever somebody askes for "someone's" help my siblings always comment, "Christa, they asked you to do something." Or if somebody blames "someone" for not doing somthing, my dad always says "Of course Christa didn't do it, she wasn't here."
January 28, 2011 at 5:54 PM