This ones for the girls

December 06, 2010
*Photos swiped from my best friend Jamie and my sister-in-law Beryth thanks ladies for having gorgeous little ones*

In a previous life this dubious hausfrau had the privilage of working at a Women's Resource Centre. We weren't a shelter we were a resource centre. We offered workshops, classes, computer access, a clothing exchange, counseling, information, free coffee, a quite place to just sit and be, referals. All sorts of stuff. I get really emotional when I think about my time there. The things I learned, the women I met, the reality I was confronted with on a daily basis blessed me and changed me. The stories I heard are filed away in a special part of my soul. The things that I saw and was part of changed how I conduct myself not only as a woman but as a human being. I was raised to be a feminist. I know that sounds strange but I was surrounded by a lot of incredibly strong women growing up and a father who fully encouraged my feminist tendencies. I'm a feminist because of my dad in a lot of ways. But not until I set foot in that Women's Resource Centre did I realize how deep seeded and strongly rooted my feelings were.

December 6, 2010, marks the 21st anniversary of the Montréal Massacre, a tragic act of gender-based violence that left 14 young women dead. In 1991, the Government of Canada designated December 6 as Canada's annual National Day of Remembrance and Action on Violence against Women. Every year we commemorate the loss of the 14 women who were murdered on December 6, 1989 at Montréal's École Polytechnique simply because they were women.

As well as commemorating the 14 young women whose lives ended in an act of gender-based violence that shocked the nation, December 6 represents an opportunity for Canadians to reflect on the phenomenon of violence against women in our society. It is also an opportunity to consider the women and girls for whom violence is a daily reality, and to remember those who have died as a result of gender-based violence. And finally, it is a day on which communities can consider concrete actions to eliminate all forms of violence against women and girls. 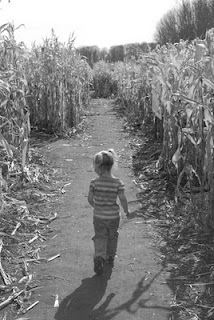 I have some pretty amazing women in my life. My mother, my grandmothers, my aunts, my great aunts, cousins, my roller derby sisters, my pole dancing buddies, former co-workers, life long friends and new friends. I have been surrounded by some beautiful souls. On top of these amazing women I have two amazing full of gorgeousness little girls in my life. I'm CONVINCED they are both magic.

To your left you will see Monkey. She is my goddaughter and one of the little girls in my life that I'm convinced is magic. She has to be. Because no one other than someone that is magically inclined could turn my burly manly tough as nails husband into the pile of mush he is around her. Her mom is one of the strongest women I know. This woman has seen some stuff and because of this is the woman she is now. Beautiful and strong and fearless and unafraid of the craziness that life throws at her. This woman trusts me with the life of her child. Told you she was fearless. They both make me want to change the world.

The other magic little girl is 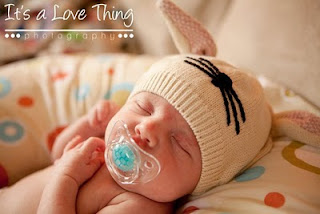 below rocking the bunny ears. That is my niece, we call her Zombie Snack. Long story. She was welcomed into my husbands family very recently. It's about 8ish weeks as of right now. She turns my big grumpy bear of a husband into a cuddlesome gooey mess. Again only a magic person could do that to him. I want to change the world for her too. She's so new and so loved. She has this amazing group of women surrounding her as well. I have crazy respect for the women in my husbands family particularly my mother-in-law, this little ones grandmother. There are a hell of a lot of women in my husbands family so she will have the same privilage I had growing up, a huge group of amazing women to steer her in the right direction. She will also have a handful of ridiculously protective uncles whose protectiveness will only be outdone by her father.

They are two of the many reasons December 6th means so much to me. I don't want them to see that each year in Canada approximately 70 women are murdered by their partners or ex-partners. I don't want them to know that at least 25,000 women annually report they are the victims of domestic assault (and thousands more who are scared into silence).

I want them to know that being outraged by scary stats is not enough. By taking action and making a stand and continuing to be a voice for women with no voice we can change their future. They can change their future. We owe it to the 14 women and the countless other women we have lost who were full of hope to make the next generation of Canada a better place for everyone.
cans for comment December 6 reflection roller derby