October 06, 2010
It might shock you to know that there are a lot of unconventional housewives in my family. Okay maybe it won't. My mom wasn't a stay at home mom and neither were either of my Oma's. They all worked outside the home. Both my Oma's worked outside the home when it wasn't socially acceptable to do so.

In July my paternal grandmother had a stroke. I miss how my Oma once was but I know I will never get the Oma I grew up back. I know that. She has been a fiercely independent lady for most of her life. She didn't get married until her early 30's. Everyone thought she was marrying some widower not an eligible bachelor. Well boy were they wrong. Want to know how my Opa eventually convinced my Oma to marry him? He told her, "You know Martha....we're not getting any younger." My Oma also has a year of University under her belt. That's HUGE for a woman of her generation. Majorly huge.

Now due to the effects of the stroke she can't live in her apartment anymore. She moved in there about a year after my Opa passed away. That was devastating to us. But she was happy in her apartment. Very happy. But she'll never go back because of her stroke.

I recently helped my Aunt finish cleaning out her apartment. Now it's one thing to do this after someone is gone. It makes for a natural conclusion and closure. This was different. Somewhere in the back of my head....some place in my heart I wanted to believe she could go home. How could she come home if we clean out her place. How? I want to believe that with every ounce of my being. But in all honesty she can't come home. There is no way she can live on her own again. So now she's waiting for a bed in a care home. And my heart is broken.

Being at my Oma's place allowed me though to grab some things that meant something to me. A lot of it was kitchen things. Some of my favourite things to think about my Oma and Opa's house is the kitchen. I loved that kitchen. I miss that kitchen.

One of the special things that was set aside for me was one of Oma's paska pans. Paska is a mennonite easter sweet bread. Was is special about it is that it was made by my Opa. He was a sheet metal worker. He made her three. My aunts each got one and I was given one because I bake. MyAunt said to her that pan represents my Oma and Opa perfectly. Building things and feeding people.

This was also set aside for me. 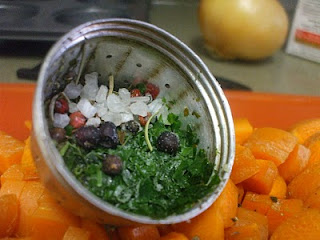 This is the tea ball my Oma used to put her spices in when she made soup. She's had it since the dawning of time. So I decided to make soup immediately. Soup tastes better with Oma's tea ball. No really it does. I feel sorry for those of you who don't have your Oma's tea ball to make soup.

I took this as well. I told my brother he would have to fight me for it. He said I could have it because I went there and got it. I say he just knew he would lose. 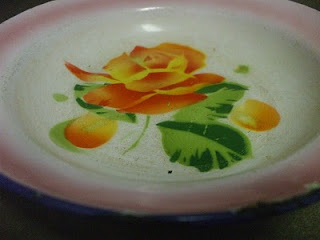 It's a smallish enamel bowl. I remember eating a plethora of different things out of it. Particularly fried leftover pasta (in butter never oil) with ketchup. I just needed to have it.

The next thing I took was a set of juice glasses. 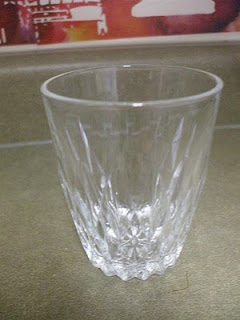 They're tiny and the first time Johnathan met my Oma she was serving lunch. She asked John what he would like to drink. He said yes and she brought him juice in one of these glasses. He very quietly said to me, "Tatiana...that's not a drink....that's a sip." These are the glasses I grew up seeing at Sunday lunch. I want to make sure they stay at family sunday lunches.

I also grabbed these measuring cups. 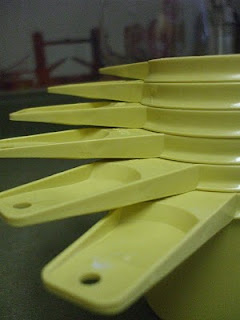 My mom has this set. Johnathan mother has this set as well. And I think most women from my moms generation has this set. They're tupperware so they're last forever. Unless you're my mom and you accidentally melt the handle off. They're from before tupperware was microwave safe. I love this set purely for the fact that it has a 3/4 cup between the 1 cup and the 1/2 cup. Heaven! 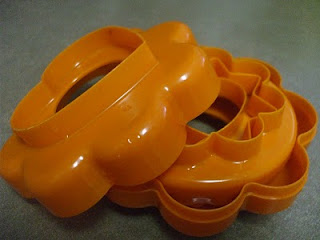 Again my mom has this set. Johnathan said he thinks his mom had this set too. Again tupperware. Will last forever. I remember my Oma using the big flower to cut out puff pastry for tarts. My mom does the same thing.

The final thing I took I was told I was welcome to because if any of the Warkentin children took it might get launched into space or burned in a ceremonial fire. 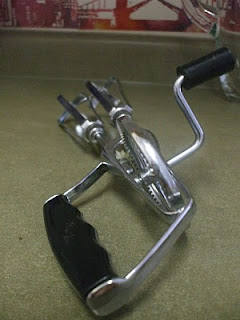 I wish for many amazing memories being created in my home with this items.
about me kitchen memories Oma

And I'm with you on the hand mixer. Besides, nostalgia aside, your Oma's hand mixer will probably last at least 100 years longer than a mixer from Walmart or Superstore.
October 6, 2010 at 11:53 PM

Macy said…
I love this!! When Joe and I got married--we didn't really get a whole lot of things off of our registry. Even less were the kitchen related things! We started our kitchen off with things we'd each gotten from our Grandma's. It does taste better that way. ;)
October 9, 2010 at 11:54 PM